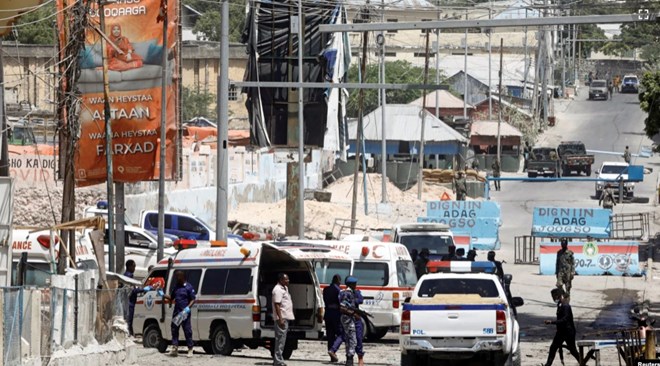 The explosion targeted a NOAH vehicle ferrying Turkish nationals in the city’s Hodan district as the Horn of Africa country gears up for presidential vote.

In a statement on affiliated media, Al-Shabaab armed group said it was behind the attack targeting foreign nationals “part of those who have invaded Somalia” and the “operation was executed as planned”. The group did not say if there were casualties as a result of its assault.

Somali security officials have not immediately commented on the explosion, the latest in a series of attacks carried out by militants in Mogadishu and other cities in Somalia over the past weeks amid ongoing polls.