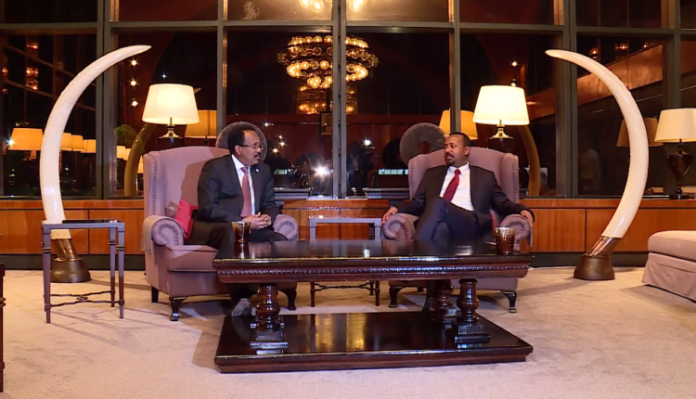 As the current Chair of the Intergovernmental Authority on Development (IGAD), PM Dr Abiy is paying special attention to reconciling the differences that have emerged between Somalia and Kenya, according to Office of the Prime Minister.

During the official visit of President Kenyatta and Abdullahi Mohamed to Ethiopia, PM Dr Abiy also hosted long consultations with each of the leaders to facilitate the first face to face discussion in a long time.

It is expected that the mediated meeting between the two countries will ease tensions that have been building, the office noted.