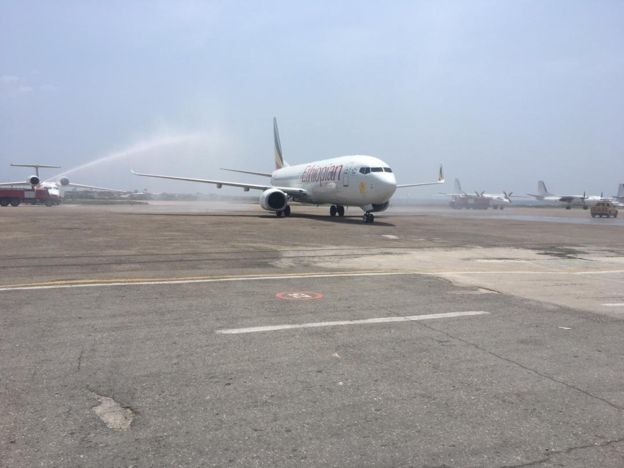 MOGADISHU– The Ethiopian Airlines commenced its maiden flight to Mogadishu, Somalia, from Addis Ababa today. The flight departed from Addis Ababa with 50 passengers on board on Boeing 737 and the it took less than two hours to arrive at Aden Adde International airport in Mogadishu, Somalia. The Somali ambassador to Ethiopia, Hon. Abdilahi Mohamed Warfaa was among the passengers who were board of first Ethiopian airline flight to Somalia more than 40 years ago. The ambassador said that the flight is crucial to Somali traders and their Ethiopian counterparts. The flight would facilitate trade where cargo flights are due to commence soon, said the ambassador. Upon touchdown at the Aden Adde International Airport, the aircraft was given a water cannon salute by Somali officials and and airport authorities and staff Ceremonies were held in Addis Ababa International airport before the flight departed to Mogadishu. 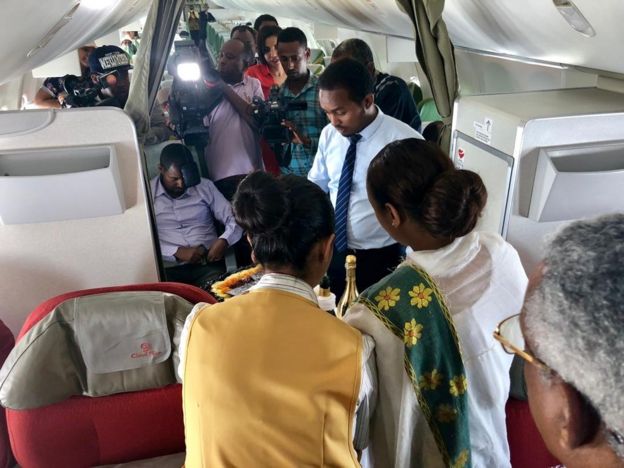 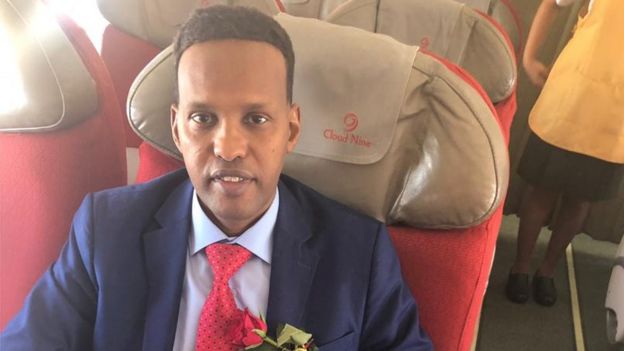 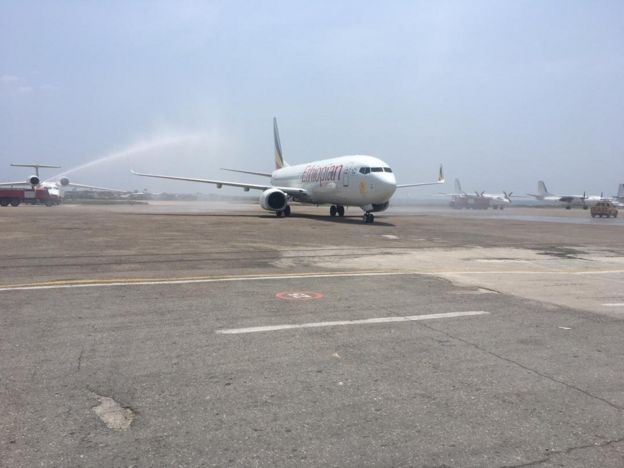 The Ethiopian maiden flight upon touching down Aden Adde airport, the aircraft was given a water cannon salute 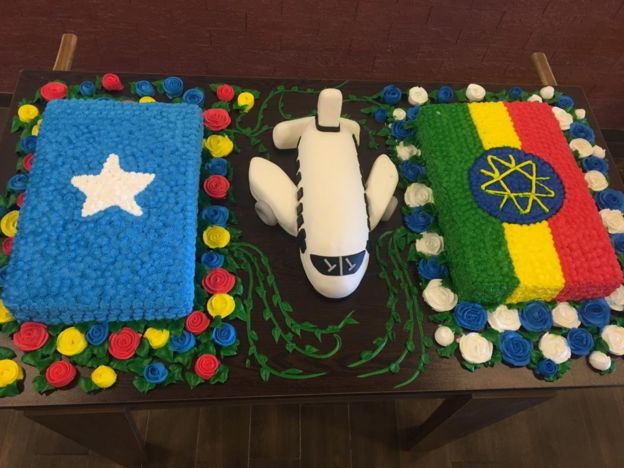 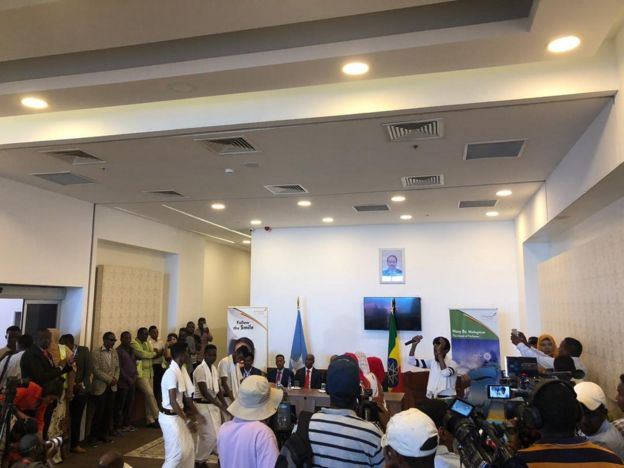 A traditional Somali dance better known as Dhaanto was welcomed with the flight. 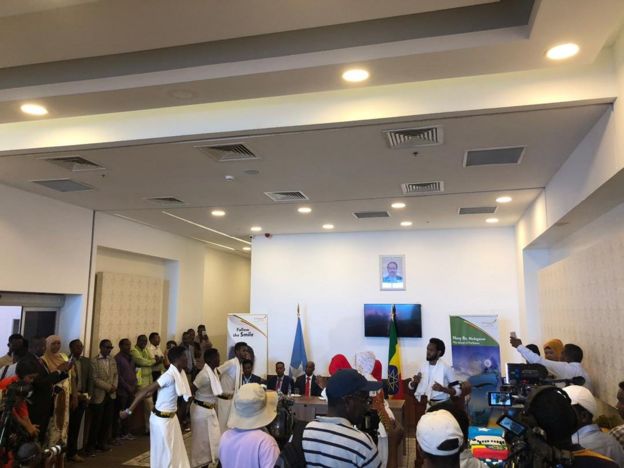 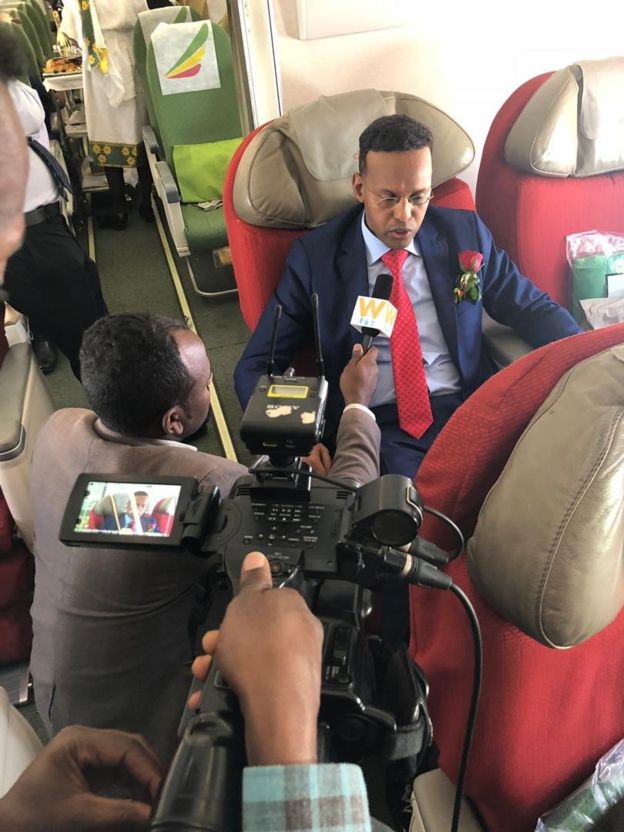