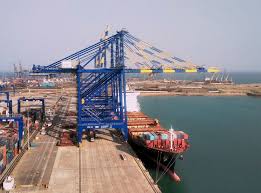 Ethiopia stands to lose close to USD 1 Billion should the country move ahead and halt its new development and partnership with Somaliland over the Port of Berbera.

There have been unconfirmed reports in the Ethiopian and Somaliland media that the Horn of Africa nation is considering developing a port in Sudan that will be an optional sea outlet.

While the reports are not conclusive, Ethiopia Minister for Transport  Dagmawit Moges said that owning a port is part of the Ten Years National Logistics Strategy issued a few months ago.

“We are interested to develop ports and it is one of the interventions in the logistics strategy, but it should be determined by the deal with countries,” said Moges.

Ethiopia owns 19 per cent stake in the Port of Berbera which it uses to export Khat, Cement and fruits to Somaliland earning close to a billion dollars annually.

The Ethiopia Transport Minister said meetings with Sudan are still ongoing and agreements will be announced in due time.

While Sudan has agreed to give the plot for the port development, it is understood this was to be used to develop a car waiting area and storage facilitation centre.

Sudan had offered the port plot to Ethiopia eight years ago as a logistics park but the latter never developed.

Mekonnen Abera, Director General of the Ethiopian Maritime Affairs Authority (EMAA), said that finalizing the ownership of the plot in Sudan will be done in the near future.

He said the two countries have already agreed to give the plot for the port development, while the remaining process will be finalized in the coming few months.

“I will write a letter for our embassy in Sudan to finalize the process in the near future and I hope the case will be done soon and the embassy will receive the plot,” he added.

Some sort of consignment is coming via Sudan Port currently and Ethiopia also exports a limited amount of oilseed products through Port Sudan.

Ethiopia is Somaliland’s key ally in the horn of Africa. The two countries have partnered with the DP World and the government of the United Arab Emirates to rebuild the port of Berbera which plays a key role in the maritime connections between the horn and the middle east.

Ethiopia owns 19 per cent shares of the Berbera Port, Somaliland has 30 per cent while DP World enjoys a 51 per cent stake.

The UAE and the Abu Dhabi Fund for Development Construction company are also building a 250-kilometre dual carriageway between the city of Berbera and the Ethiopian border town of Togochale.