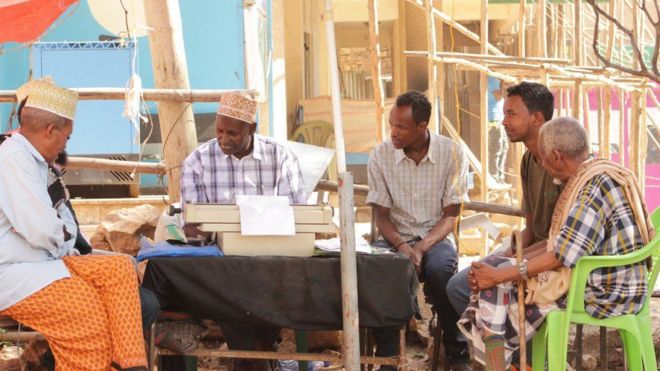 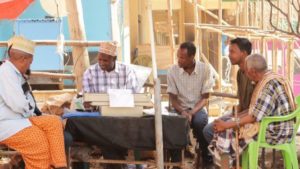 JIGJIGA–Residents in Jigjiga are holding meetings which were banned when the ousted president, Abdi Iley was in power. They have breathed a sigh of relief after a realignment was made to Somali regional ruling party in Ethiopia.

Jigjiga, the seat of Somali regional state authority has felt a wind of change and the reforms spearheaded by Ethiopian PrimeMinister, Abiy Ahmed paved the region to have an unprecedented new political atmosphere. A large gathering attended by intellectuals and senior members of Somali regional ruling party. A journalist who was in detention read the points agreed and called on those who perpetrated the horrendous burning of worshiping sites must be brought to court of law. He blamed all problems for the deposed leader of being responsible for all the atrocities that transpired in the region. Mr. Buurgaabo urged that those who will be recruited in the army should be educated and must have the trust of the public. The  journalist who was detained for quite some time said that the paramilitary Liyuu police should be seen as an army that is under the rule of the authority and not under the command of lone person. Liyuu police are called on to maintain law and order in the region.

The newly elected chairman of Somali regional ruling party, Ahmed Shide received huge support from members that have attended the gathering. The attendees have further urged the chairman that the party must make a major change. An intellectual said that he was frogmarched from Addis Ababa and was brutally tortured that now he cannot walk properly. Some said that they have been silenced for a long time that they did not have the nerve to speak out against Abdi Iley’s regime. The incumbent deputy president of Somali regional in Ethiopia, Hamdi Adam Abdi has acknowledged the widespread atrocities and crimes against humanity that the former regime led by Abdi Iley committed against the populace. The Deputy President and who is also the minister in charge of environment has spoken against the inhumane acts perpetrated by the former leader who is now under house arrest in Addis Ababa.

He announced that a group of youth labeled as “Heego” will be held liable for the looting, vandalism and killings that took place during the political turmoil in Jigjiga.