The Federal Gov’t of Ethiopia is due to sign an accord with Ogaden National Liberation Front later today in Asmara, the Eritrean capital.

The two sides are also expected to hold high level discussions on the issues pertaining to the would be signed peace accord. According to ONLF spokesman, Hon. Abdikadir Hasan Hirmoge a.k.a “Adani” has confirmed that the two sides have reached a common understanding on promoting the economy and preserving national security. Hon. Hirmoge asserted that the political issues have not been reached on unanimous agreement. He said that the ONLF and the Ethiopian Gov’t have reached a deal that the separatist movement will continue to preach its objectives without any alteration. The ONLF spokesman has said that the organization is committed to fighting for the rights of Somalia people in Ethiopia when it  comes to getting the right share allocations in terms of economy and political representation. Mr. Hirmoge in response to a question that he was put to him said that ONLF senior officials can be appointed to public offices once the organization has denounced its armed struggle against the Federal Gov’t and laid its arms by returning home. The Ethiopian Gov’t under the shrewd leadership of its reformist Prime Minister, Dr. Abiy Ahmed has paved the way for bring many organizations that were determined against toppling of the gov’t but ended years of hostilities between the Federal Gov’t and separatist movement. Ethiopia removed ONLF from its list of terrorist organizations. 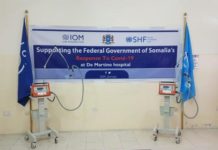 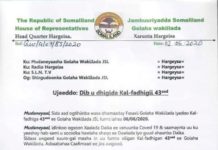 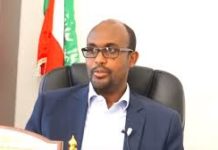