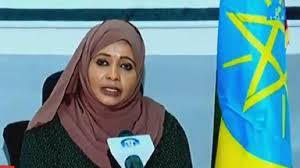 Keria Ibrahim, the speaker of Ethiopia’s Upper House released a recorded video in which she tendered her resignation as the speaker of the house of Federation, a title she held since April 2018.

Ethiopia’s Upper House speaker quit her job on Monday in an apparent protest over the postponement of planned elections in Ethiopia over fears of Covid-19, a sign of growing tension between her party and the government.

Speaker Keria Ibrahim hails from the Tigray region and she is a top official in Tigray People’s Liberation Front (TPLF), one of the major political parties and which has opposed poll delay.

Tigray regional state vowed to hold elections in August despite the state of emergency.

The parliamentary and regional elections have been planned for August ahead of the end of the incumbent PM, Abiy Ahmed’s term in office in Sept.

In a televised speech, Keria accused Abiy’s government of taking away Ethiopia’s suffrage rights without elaboration.

A statement said, We are surprised at the turn of events.

It further said I cannot cooperate while I am witnessing a dictator in the making.

The house of the Federation is 112 seat chamber of Ethiopia’s bicameral parliamentary system with the house of People’s representatives having 547 seats.

There has not been a response from the government but the house of Federation in a statement said: ” It’s speaker resigned on the eve of the day she called herself a meeting.”

It is not yet clear who will replace the speaker Keria Ibrahim who stepped down.