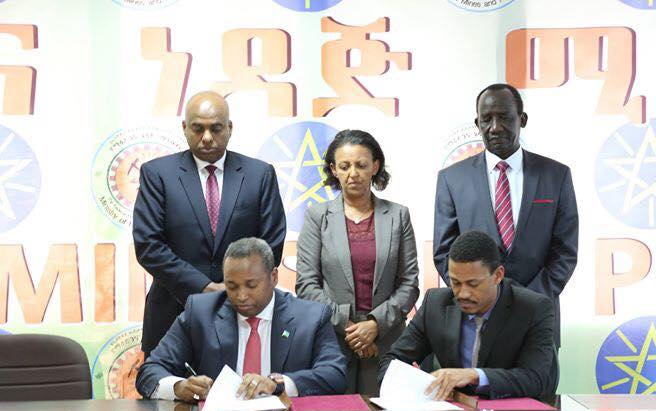 The Chinese company Poly-GCL will execute the 3.2-billion-USD project that includes the construction of a processing plant, it was learned.

“When we start to export, we will be able to generate 1 billion USD, and the revenue will increase up to 6 and 7 billion USD annually as the flow increases,” he added.

Minister of Mines and Petroleum Samuel Urkatu and Djibouti’s Minister of Energy in charge of Natural Resource Yonis Ali Guedi signed the agreement.

Yonis Ali Guedi told ENA that the agreement creates thousands of jobs for citizens of both countries and generates transit income for Djibouti.