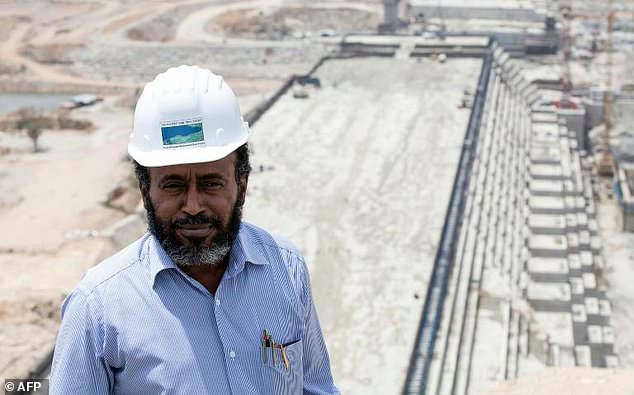 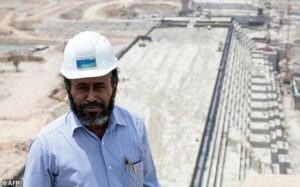 Ethiopia staged the funeral on Sunday of the chief engineer of a controversial project to dam the Blue Nile who was shot dead this week, state media reported.

There were tearful tributes to Simegnew Bekele, whose coffin was draped in an Ethiopian flag, at the Holy Trinity Cathedral in the capital Addis Ababa where hundreds of mourners gathered to pay their respects.

Simegnew’s body was found on Thursday in his car in Meskel Square in downtown Addis Ababa where police say he was shot in the right side of his head and a gun was found nearby.

Police are investigating the shooting but have not given any details, suggested a motive or announced any arrests.

On Sunday, thousands of people gathered in the square to pay their respects to the fallen engineer.

Images posted on social media showed police firing tear gas after the crowd attempted to push past them to reach the funeral.

The $4-billion (3.2-billion-euros) Grand Renaissance Dam, being built near the country’s western border with Sudan, will be Africa’s largest when completed, producing 6,000 megawatts — roughly equivalent to six large nuclear reactors.

But the scheme faces opposition from Egypt, which is heavily dependent on the Nile and worries that downstream flows could be affected.