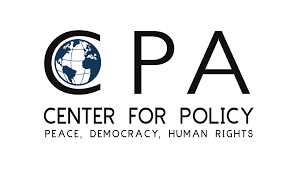 The Election Monitoring Office of CPA was launched in January 2017, to closely monitor and follow up for the election related activities happening in Somaliland and to provide a briefing papers, recommendations and reports. The Office produces a series of reports about the challenges of Elections, timelines, updates about the Election Laws, etc.

Under the rule of law, governmental and Political leader’s powers are limited by law and can be exercised only on the basis of law. According to Somaliland Constitution, the Judiciary and legislature branches are responsible to limit the power, check and balance to the executive and other political leader’s power exercises. Also, the president is the highest official who is responsible for protecting the law.

In May 2001, Somaliland people approved the current constitution in a referendum, with 97% of the people voting in favor of it, setting the stage for the establishment of multiparty democratic system with a bicameral national assembly, an independent judicial system, Executive and local governments.

Unfortunately, for the last 18 years, Somaliland Political Leaders were not fully respecting the rule of law, but sometimes following their political interests even if they are against the constitution of the country or other Somaliland laws, even they occasionally advocate the supremacy of law when they have a political motive. CPA Election Monitoring Office noted that the political leaders and heads of government branches[1] directly violated more than 8 articles of the constitution, for the last 18 years, and it has become standard practice to violate the constitution without any reaction.[2]

The Term of Local Councils Expired at April 28th, 2019, their term was never extended; for the last 8 months and 17 days, the local governments including the Mayors were carrying out the day to day activity without having any legal mandate. According to Article 111(9) of the Constitution, it is clearly mentioning, when the term of local councils expires to hand over the Executive Secretaries of local councils. Staying in the office, when your term expired and even not having legal mandate, is another bad lesson in Somaliland’s democracy. This will be a very serious issue, if the elected officials can stay in office without a mandate.

45 years old and above, but there are new members who joined the House of Elders, who are under 45 years old, that is unconstitutional. Also the House of Representatives was elected in September 2005 in five year term, but never reelected since then, their term was extended nearly six times.

In January 2002, Guurti extended the term of the President, it was the first extension after the referendum of the constitution[1]. From that date up to now, Guurti made nearly 30 extensions[2]. So, Extensions become a normal political culture in Somaliland democratization process. Now the term of Local Councils expired at April 28th, 2019, and they are still in office without renewing their mandate. It is the second time that local councils execute their day to day activity without having legal mandate. So, CPA is worried that the elected leaders normalize this political culture and stay in office even after the expiration of their mandate without legal basis.

The bylaws of the Somaliland Political Parties are required to host their General Assembly conference every five years and their Central Committee meeting every year once. All political parties did not host both their General Assembly conference and their Central Committee meeting as their bylaws required, they extended multiple times. Also, the practice of democratization within the parties is very limited.

However, Election is a process based on rules and regulations and their implementation requires a public confidence from the election stakeholders including the political parties, President, etc. and the voters. It is a very difficult environment when the highest political leaders are preferring their political interest and politicizing the election process instead of solving the challenges facing the electoral cycle and to give an opportunity to citizens to elect their representatives.

After 20 Months of Election disputes between the Opposition parties of Waddani and UCID and the ruling party of Kulmiye, finally both sides agreed to nominate a new National Election Commission (NEC). The Chairman of UCID party Faisal Ali Warabe was the first political leader who nominated his member, while Wadani, the House of Elders (Guurti) and the President followed and nominated their members. But the opposition parties protested and opposed the nomination of Abdirashid Mohamud Ali to be a member of the National Electoral Commission selected by the president, the opposition parties justified their protest by saying, that Abdirashid is an active member of the ruling party of Kulmiye, but the president rejected the claims of the opposition parties, then Waddani Party pulled out its member from the approving process of the National Electoral Commission.

The House of Representatives approved the new members of NEC including Abdirashid Mohamud Ali, then later the new NEC members elected Abdirashid to be the new Chairman of the National Electoral Commission. Both Opposition parties of UCID and Waddani withdrew their confidence from the new NEC members. Waddani Opposition party called his supporters to gather in front of their HQ office in Hargeisa to share an information, but the government banned that meeting/gathering and the Police forces took over the offices of the party in Hargeisa and other main cities. Also, the police arrested the Secretary General, the Speaker and other members of the party.

A new Mediation Committee from all sectors of the community organized themselves to solve the longstanding election dispute. They met all sides including the President, his Interior Minister, the leaders of Kulmiye and the Chairmen and leaders of Opposition Parties. After series of meetings and

consultations between the election stakeholders, finally the mediation committee announced their final recommendations on December 16th, 2019. The committee recommended to dismiss the current disputed National Electoral Commission (NEC) and to reinstate the previous NEC, whose term ended in November 2019. The following day all political parties and government accepted the recommendations of the mediation committee and promised to fulfill it.

Unfortunately, the long-awaited progress to solve the election dispute concluded a failure after the government insisted, that they don’t have any legal basis to disband the incumbent NEC. On January 13th, 2019, after the Opposition leaders met the president, in a press conference, they accused the president of having failed to implement the recommendations of the mediation committee. The two opposition leaders called the incumbent NEC to resign to have elections. Both opposition parties said that they will start series joint meetings to decide the next move.

In a press release from the Ministry of Information, detailed the position of the government about the current election dispute. The ministry said, “after lengthy discussions and consultations with legal advisers, the government of the Republic of Somaliland has come to the conclusion that no constitutionally legal basis exists for the disbanding of the incumbent NEC, and that neither the president nor the parliament has the authority to dismiss a duly instituted electoral commission without lawful justification to do so.” Said the minister of information Suleiman Yusuf Ali.

When the trust of respecting the democratization concepts of political actors decline, the space shrinks and the society gradually lose their confidence and hope in the political leaders as they are not able to solve their political differences, it is a very risky situation and anytime, there can be other actors who are against all the democratic system who can take the space and easily influence the depressed citizens.

So, It’s the time for the president to take the lead to seek solutions to solve the long-standing election dispute, because the people voted for him to lead the nation.

Politicizing the Electoral Process to reach and gain a personal or political interest, will hurt the future confidence of the voters in the Election Process and the work of the National Electoral Commission. So, CPA is calling all Political Stakeholders including the House of Elders, Political Parties and the President to respect the DESIRE of the citizens to have elections as soon as possible. Public officials must always act in the public interest ahead of their personal interests and must avoid situations where their political interests conflict with the impartial fulfilment of their official duties

Since the Political Parties are important stakeholders of the elections, we are calling them to help the president to solve the current NEC issue and the legal barriers.

It is very risky, if the traditional leaders involve the National Electoral Commission Dispute. We are calling the respected traditional elders to abstain from politicizing the NEC Dispute and to give space to the political leaders to solve the election dispute.

CPA is a think thanks center that was established to help the countries of Horn of Africa region to build, peace, democracy, human rights and effective governance systems where all citizens are equal. CPA is based in Hargeisa, the Capital of Republic of Somaliland.