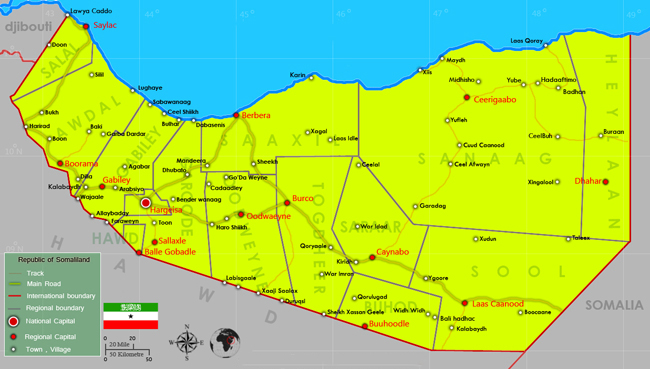 An estimated 673,000 people in Somaliland are enduring an extreme state of drought and food insecurity and are unable to meet their minimum nutritional needs.

Pregnant women and newborns are acutely vulnerable, with dehydration and nutrient deprivation linked to a range of pregnancy-related complications including premature births and developmental delays.

The nine-year drought is exacerbating the region’s already high rates of maternal and newborn mortality.

To help address the crisis, a shipment of essential medical resources from Direct Relief arrived last week at the Daryeel Maternity Hospital in Tog Wajaale, Somaliland.

Dr. Mustafe Hoori, founder and director of the hospital, described the drought’s far-reaching effects on patients and the community at large. Malnutrition and anemia in Tog Wajaale are increasing, mostly among women and children who too rarely seek medical care.

“They tend to spend the only penny left in their hands for tomorrow’s meal,” said Dr. Hoori.

Daryeel Maternity Hospital serves a community that subsides primarily on livestock, but livestock populations have dwindled by as much as 70 in recent years due to the drought. That means less food and fewer profits from animals sold at the market.

It also means internal displacement, as families migrate from their pastoral and agricultural lands to urban camps.

Camp conditions can be particularly challenging for women, according to Dr. Hoori, and Daryeel Hospital is treating more and more women with reproductive and mental health issues. A lack of security in the camps can lead to rape and other forms of violence against women, and a lack of access to contraception and other health services results in higher rates of sexually transmitted diseases and pregnancy.

A lack of transportation also serves as an obstacle for accessing care. For women experiencing obstetric emergencies, that can be life threatening.

“We have a problem with delivering emergency cases from the surrounding and remote areas to my hospital,” said Dr. Hoori. “A badly needed ambulance could help us meet the needs of our patients and indeed would save many lives.”

Should drought conditions worsen, and if a national emergency response is called for, the team at Daryeel Hospital is committed to doing what it takes to meet the healthcare needs of mothers and children, including food distribution drives and mobile medical outreach campaigns.

Direct Relief is committed to supporting their efforts.