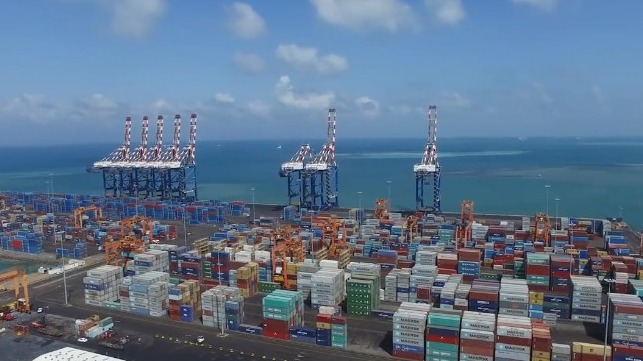 DP World has filed a lawsuit against state-owned China Merchants Port Holdings in a Hong Kong court for building a free zone on a terminal at the center of its dispute with the Djibouti government.

The lawsuit seeks damages, interest and declaration that China Merchants unlawfully procured or induced Djibouti’s breaches of its agreement with DP World, reports the Khaleej Times.

A senior Djibouti government official has dismissed the accusation that the government was “illegally induced” to breach the contract by a Chinese company.

In February, the Djibouti government terminated the 50-year concession agreement for the Doraleh Container Terminal. The terminal was jointly owned by DP World (33.3 percent) and the Government of Djibouti’s port company Port de Djibouti S.A. (PDSA) (66.6 percent). In 2013, China Merchants Port Holdings bought a 23.5 percent of PDSA from Djibouti.

In September, the High Court of England and Wales in London continued an injunction first made on August 31 prohibiting PDSA from interfering with the management of the joint venture company, Doraleh Container Terminal S.A. (DCT). On August 31, the Court issued an injunction against PDSA prohibiting it from acting as if the joint venture agreement with DP World has been terminated.

On DP World’s application, the Court also extended the injunction to include any affiliate of PDSA. The Court ordered that PDSA must ensure that any transferee of DCT shares is legally bound by the Joint Venture Agreement and Articles of Association in the same way as PDSA. The ruling means neither the Government nor PDSA can control DCT or give valid instructions to third parties on behalf of DCT without DP World’s consent.

The continuation follows the enactment of an ordinance by the President of Djibouti on September 9 that purported to transfer PDSA’s shares in DCT to the Government of Djibouti. The Government has indicated that it is acting to protect the fundamental interests of the nation of Djibouti and the legitimate interests of its partners in the face of what it called severe irregularities.