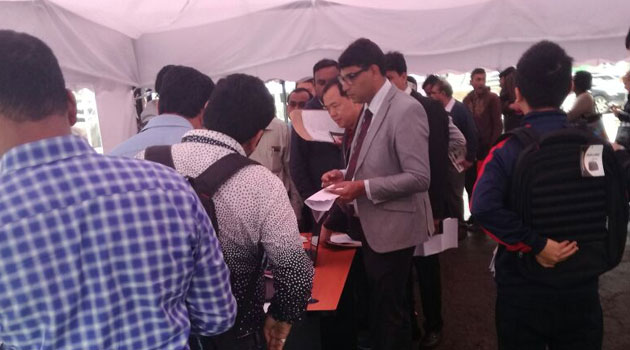 NAIROBI, Kenya, April 21- Detectives have arrested 24 foreigners at Merti area in Isiolo County, as they are heading to Nairobi.

Of those arrested, 18 were Ethiopians and 6 Eritreans.

According to police, the immigrants were driven through the bush from Moyale to avoid being detected by authorities at the border town.

They will be charged in court on Tuesday.

Meanwhile Police are pursuing the driver of their car, who managed to escape during the joint operation by Kenyan security teams.

According to a report by the US Department of State, “The Government of Kenya does not fully meet the minimum standards for the elimination of trafficking; however, it is making significant efforts to do so.”

They recommend that Kenya’s authorities should increase protective services to adult trafficking victims particularly those identified and repatriated from overseas.

This includes ensuring potential victims are not “inappropriately” penalized for crimes committed “as a direct result of their being subjected to trafficking, vigorously investigate and prosecute trafficking offenses and convict and punish traffickers, including forced labour cases; amend the anti-trafficking law to remove sentencing provisions that allow fines in lieu of imprisonment.”

According to the report, Kenya is a source, transit and destination country for many victims of human trafficking within the region.

Girls and boys, the report reveals, are exploited in commercial sex throughout Kenya, including in sex tourism in Nairobi, Kisumu and on the Coast, particularly in informal settlements. At times, “their exploitation is facilitated by family members.”