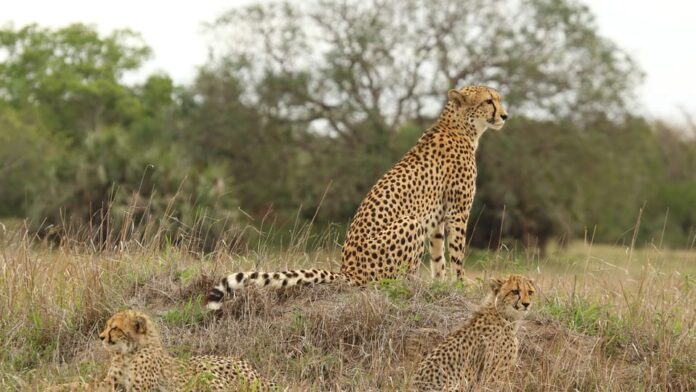 Every year scores of cheetah cubs are trafficked out of Somaliland to Persian Gulf states to be sold to wealthy buyers as pets. Poverty and criminal networks active in the breakaway African state have made the region a hub for trafficking of the exotic, rare cats. Czech experts are assisting an international effort to stop the practice.

In many parts of the world the sleek, exotic cheetah –the fastest animal on the planet- represents power, money and glamour. Unfortunately this image is helping to drive the breed to the brink of extinction. Fewer than 7,000 adult cheetahs remain in the wild, threatened by loss of natural habitat,  farmers who consider them a threat to their animals—and not least the highly lucrative pet trade.

Cheetahs don’t reproduce easily in captivity, so the majority of pet cheetahs are taken from the wild.  Selling cheetahs commercially across international borders has been prohibited since 1975, so most rich cheetah owners have acquired their status symbol in violation of international rules.

Czech security expert Tomáš Maule, who lives in Africa and regularly visits Somaliland, cooperates with the Horn of Africa Conservation Alliance which is trying to stop the practice.

“We are up against criminal networks operating in the Horn of Africa, who smuggle arms and other commodities but also cheetahs to countries in the Middle East and elsewhere. They are helped by poor people in the Horn of Africa who desperately need money. We are basically trying to map this activity, pass the information on to the local government and try to put the issue on its list of priorities. We are also using local religious figures and influencers to try and get the locals to understand that this is not a good practice.”

According to some estimates every year as many as 300 cheetah cubs and very young cheetahs are smuggled to wealthy buyers abroad who show them off as a status symbol on Instagram and TikTok.  Tomáš Maule says that despite efforts to stop the practice, the breed is now at serious risk.

“National Geographic has drawn attention to the problem within its Wildlife Watch project. The aim is to get the government to create security forces which would intervene to give cheetahs proper protection. Right now very little is being done in terms of conservation in the Horn of Africa – be it for the environment or for cheetahs as such.”

Tomáš Maule says that it is not just experts who can contribute to saving this rare breed. Time is of essence and people can find different ways of helping the cause.

“In Somaliland we cooperate with Czech vets from the association Vets without Borders who send volunteers to the Conservation Fund for Cheetahs.  Part of the National Geographic campaign is also to raise awareness of the problem –so that when people see cheetahs as pets on TikTok or Instagram they know what they are looking at. And nature lovers can also send contributions to the National Geographic Society or the Horn of Africa Conservation Alliance which are trying to resolve the problem.”