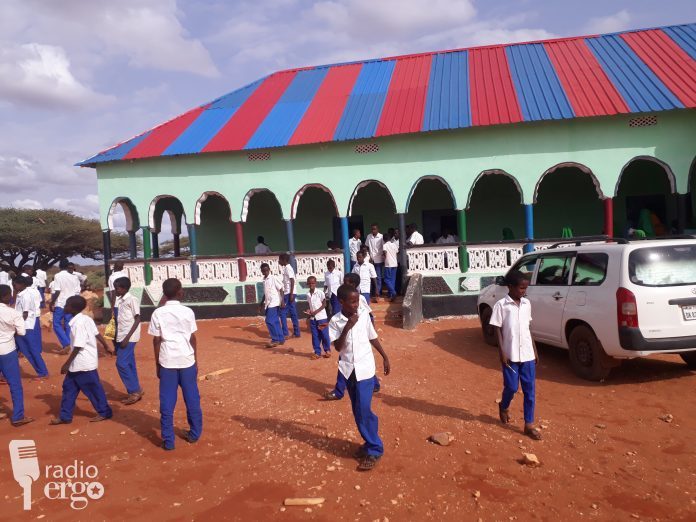 Four years of clan conflict in and around El-Afweyne in Somaliland’s Sanag region have caused schools to close and left hundreds of children stuck at home or having to travel far away to continue their education.

Nine schools in the area have been operating intermittently, closing down when clashes are going on and opening up during periods of calm.

El-Afweyne district education officer, Kayse Shire Salah, told Radio Ergo that it is not possible for the authorities to open the schools now as tension currently remains high. The new academic year was due to begin on 13 August.

Most residents fled the town last July when the latest round of fighting erupted.

Kayse said the education of 600 students enrolled in nine schools was being disrupted by the conflict.

Kayse said 80 candidates from these primary and secondary schools failed to sit for their final examinations because of the outbreak of conflict.

Some students have moved to schools in towns such as Burao, Hargeisa, and Erigavo. However, children whose families cannot afford this expense are just staying at home.

Muktar Suleiman Nuh was inForm One at a school in El-Afwayne before the clashes flared up. His school, which was the last one operating in the town, closed a year ago.

“I would have been promoted to Form Two but the school was closed by the clashes. There were 17 students in our class. I would like to transfer schools but I am afraid I am facing a dark future,” said Muktar.

Abshir Muse Jam’a, a teacher in El-Afwayne, told Radio Ergo that efforts to end the hostilities by the religious leaders and elders have failed.

“We had hoped that the conflict would end soon so that education could resume but it seems the sides could not reach any agreement. We urge them to end the disagreement,” he said.

Abshir said that one teacher in the town was among those killed in the clashes.

Asha Jibril, a mother, is worried about the future of her eight children.

“I survive on $100 a month from a relative to support my family, so I cannot send all my children to school as I don’t have enough money to pay their school fees. Six of them went to live with relatives in Hargeisa, Burao, and Erigavo to continue their education,” said Asha.