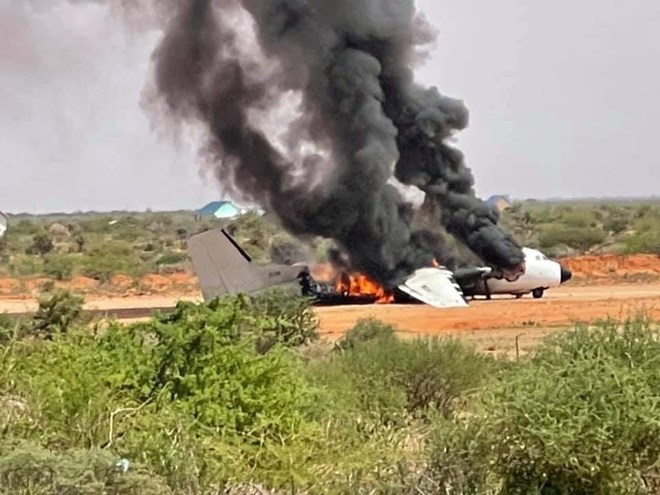 A cargo aircraft catches fire on Wednesday while landing at Dholow airport in Gedo region.

Reports show that the plane took off from Mogadishu, Somalia’s capital to Gedo region of Jubaland state of Somalia.

Pictures taken from the scene indicate the C-160 aircraft engulfed in flames.

A gov’t spokesman said that the cargo plane belonged to WFP.

The spokesman further added that the plane’s captain and one of the crew members made off board safely.

There was no report on the number of casualties as far as the plane is concerned.