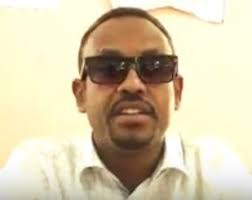 This was confirmed by Awdal regional governor, Hon. Ahmed Ali by phone.

He said that there is law 24 which gives him the power to depose the mayor and deputy mayor to assume the office of mayorship on temporary basis.

A letter from the office of the governor issued a formal letter appointing the deputy mayor to assume the mayorship.

The regional governor has stressed that they will uphold the rule of law in the country.

Hon. Omar Ileye Jimale will be holding the post on temporary basis until a successor is elected in council session.

There are reports that the current mayor, Maydhane has fallout with Vice President, Abdirahman Sayli’i.