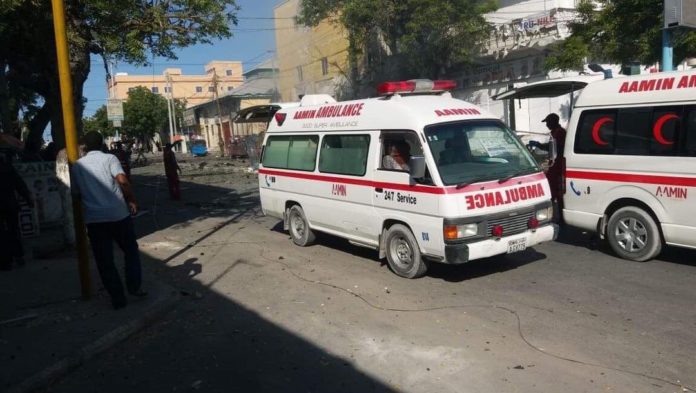 Four people were killed and five injured when a car loaded with explosives detonated on a busy road in Somalia’s capital Mogadishu, police said Wednesday, April 17.

“So far we can confirm four dead and five wounded. We offer our condolences to the victims,” Somalia’s deputy police chief Zakia Hussein wrote on Twitter.

Abdulkadir Abdirahman Adan, director of the private Aamin Ambulance service, said his team had collected 13 wounded people and one dead body. It was not clear if these victims had been counted by police.

“The blast was very huge, and I saw smoke and shrapnel everywhere around the area, the police have cordoned off the road and ambulances were rushing to the scene to collect casualties,” said witness Mohamed Abdikarin.

The explosion occurred along the busy Maka Al-Mukarama road despite a recent increase in police checkpoints in the capital following a hike in bomb attacks by the al-Qaeda linked jihadist group al-Shabaab.

There have also been several smaller blasts in the capital.

The Shabaab were chased out of Mogadishu in 2011 by the 22,000-strong African Union mission AMISOM, and have had to abandon most of their strongholds, but they still control vast rural areas and remain the key threat to peace in Somalia.

Al-Shabaab is fighting to overthrow the internationally backed government in Somalia, but has also carried out attacks in neighboring Kenya, which has deployed troops as part of the African Union Mission in Somalia.