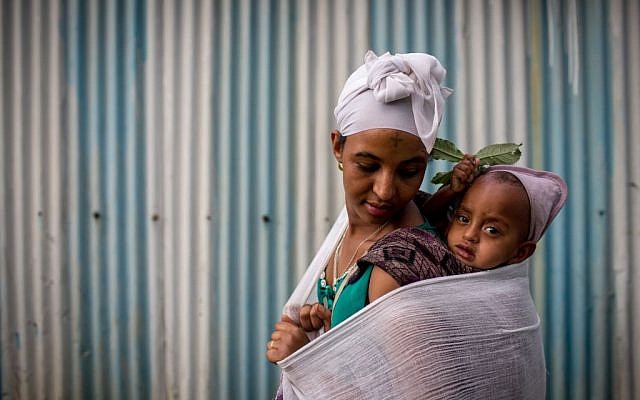 Community members with family already in the country can bring partners and any unmarried children who do not have children of their own; no decision on remaining 7,000 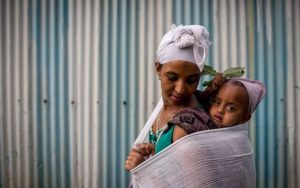 A plan to bring approximately 1,000 members of the Falashmura community to Israel from Ethiopia was approved by the cabinet on Sunday. The Falashmura are Ethiopian Jews whose ancestors converted to Christianity, often under duress, generations ago.

There are approximately 8,000 tribe members in Ethiopia with close relatives in Israel who are waiting to immigrate.

Only tribe members with family already in Israel are included in the decision. They will be able to bring their partners and any unmarried children who do not have children of their own.

It remains unclear what will happen to the remaining 7,000 people. 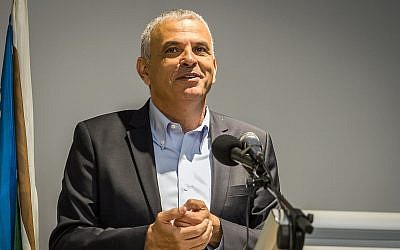 Finance Minister Moshe Kahlon hailed the announcement, saying that budgets and political expediency should not be a barrier to bringing people to Israel.

“The cabinet decision we made today to bring the Falashmura to Israel is a just one. The Declaration of Independence states that the State of Israel will be open to Jewish immigration and the ingathering of exiles,” Kahlon said, according to the Kan national broadcaster.

“There are no budgetary, bureaucratic or political considerations when it comes to aliyah,” he added, using the Hebrew term for Jewish immigration to Israel.

In a statement, representatives for the Ethiopian Jewish community told Kan that they were saddened by the government’s decision to only bring 1,000 people to the country.

“We are happy that an end is being put to the suffering of 1,000 members of the Ethiopian Jewish community, but we are far from satisfied with this partial implementation of a decision,” they said. “The government and its leader chose to play with the lives of people, and arbitrarily chose 1,000 out of the remaining 8,000.” 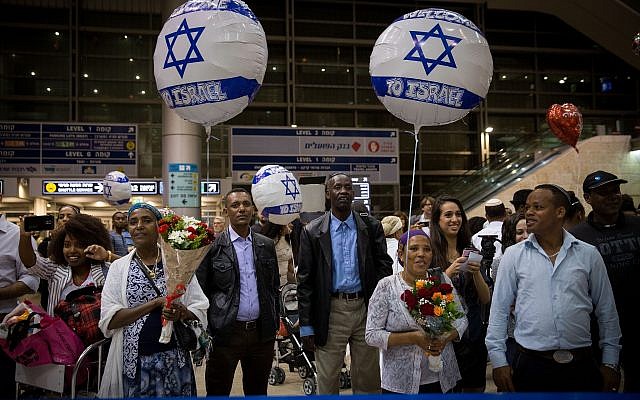 Illustrative: Family members of Ethiopian Jews wait their arrival at Ben Gurion airport, outside of Tel Aviv on June 6, 2017.

The community says the process for immigration approval is poorly executed and inaccurate, dividing families. At least 80 percent of the tribe members in Ethiopia say they have first-degree relatives living in Israel, and some have been waiting for 20 years to immigrate.

Because the Interior Ministry does not consider the Falashmura to be Jewish, they cannot immigrate under the Law of Return and therefore must get special permission from the government to move to Israel.

Sunday’s announcement said that conversion services will be provided and that the new arrivals will receive the same benefits as all other immigrants from Ethiopia.

Critics fear that tens of thousands of Ethiopians could claim eligibility. Ahead of the announcement, right-wing Jewish Home MK Bezalel Smotrich voiced his opposition to the move in a letter to the prime minister.

“This practice will develop into a demand to bring more and more family members not included in the Law of Return. It will open the door to an endless extension of a family chain from all over the world,” he wrote, according to Kan. “How can the state explain in the High Court the distinction it makes between the Falashmura and the rest of the world?”

In November 2015, the government unanimously adopted a plan to bring the remaining Ethiopians to Israel by 2020. But the plan faltered within months when the Prime Minister’s Office refused to implement it because the NIS 1 billion it said was needed to fund the absorption process was not in the state budget.

In 2017, the Finance Ministry launched the first step of the plan, allocating funds for 1,300 to emigrate to Israel. All 1,300 arrived in the country just before the end of that year, on flights sponsored by the International Christian Embassy as part of its program to support Jewish immigration to Israel.

The plan was thrown into doubt again this year after the government passed the 2019 state budget with no allocation for Ethiopian immigration. The immigration and its funding reportedly is slated to be discussed at a future inter-ministerial meeting; no date has been set.

About 135,000 Ethiopian Jews currently live in Israel. Some 22,000 of them were airlifted to Israel during Operation Moses in 1984 and Operation Solomon in 1991.