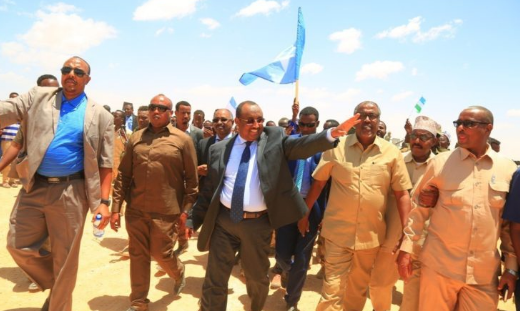 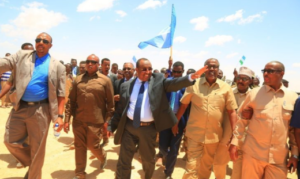 Puntland says that Badhan which lies in east of Sanaag region is the fourth district that generates the most revenues.

The leader of Puntland, Abdiweli Gaas paid a three days visit to Badhan and formally opened Makhir university which was funded its revamp by Kuwait. The leader also laid the foundation stones of several other projects and held its cabinet meeting for the first in its history. This was political message which was addressed to the republic of Somaliland as it claims that Badhan is part and parcel of her territory. The news that Badhan is the fourth largest district that Puntland earns a lot of revenues as this disclose by Puntland’s information minister, Mr. Abdi Ali Hirsi a.k.a “Qarjab” in a press conference held in Garowe. There are 18 ministries that have district level offices in Badhan and further added that Puntland’s central Bank has opened its office in Badhan.