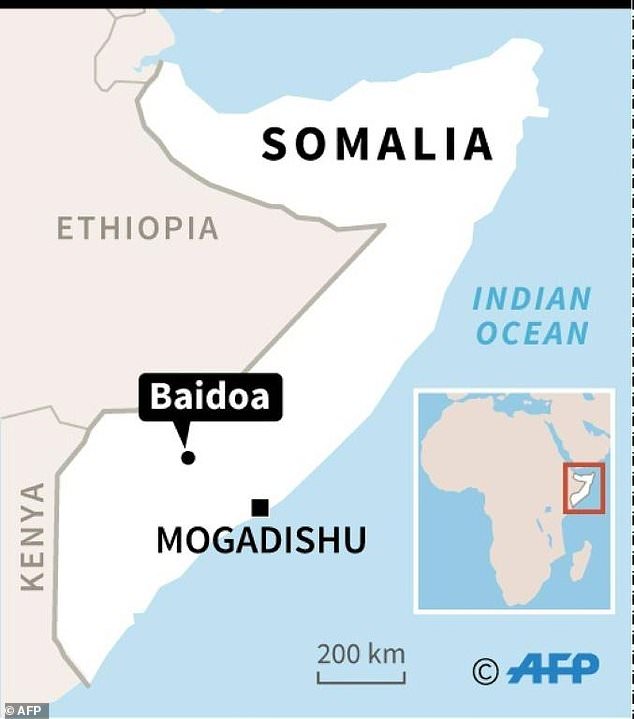 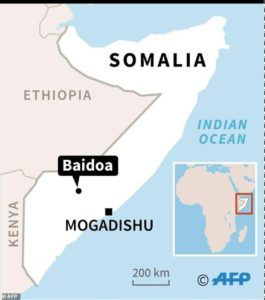 People carry a wounded man after a suspected suicide bombing in Baidoa, some 250km northwest of the capital Mogadishu, southern Somalia, 13 October 2018.

NAIROBI, Kenya— A suicide bomber detonated in the middle of a restaurant in the Somali town of Baidoa and a grenade struck a hotel nearby, leaving at least 11 people dead and more than 10 wounded, authorities said Saturday.

The death toll may rise, Col. Ahmed Muse told The Associated Press. Most of the casualties were caused by the bomber who walked into the restaurant with explosives strapped around his waist, officials said.

At least 10 of the wounded were being treated at Baidoa’s main hospital. Most had horrific injuries, nurse Mohamed Isaq told the AP.

Baidoa is a key economic center about 250 kilometers (155 miles) west of the capital, Mogadishu, and about the same distance east of the Ethiopian border.

There was no immediate claim of responsibility for the blasts. The al-Qaida-linked al-Shabab extremist group, which controlled Baidoa between 2009 and 2012 before being driven out by Ethiopian-backed government forces, still holds parts of southern and central Somalia.

The blasts came a day before Somalia marks the first anniversary of the deadliest attack in its history, a truck bombing that killed more than 500 people in Mogadishu.

Robow is the highest-ranking official to have ever quit al-Shabab, surrendering to the Somali government last year after the United States cancelled a $5 million reward offered for his capture.

Somalia’s government earlier this month said Robow was not eligible to run for the regional post because he is still under U.S. sanctions that were imposed against him in 2008 when he was identified as a “specially designated global terrorist.”

Among the candidates is Somalia’s former intelligence chief Hussein Osman, who has just resigned.