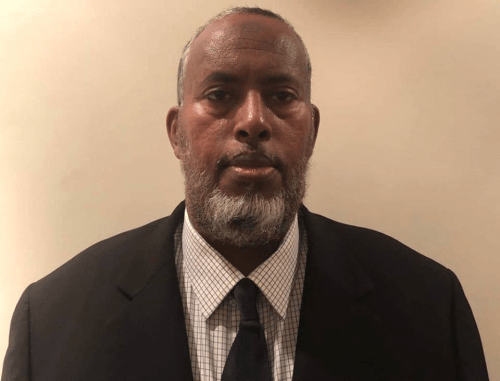 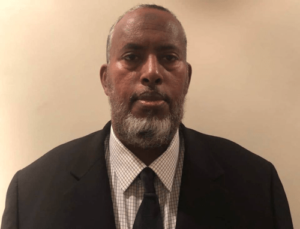 Your Excellency, we feel your energy, positive spirit and we clearly hear your message, the message of peace and prosperity; and we also share your vision of creating union of horn of African countries. But, we are asking what kind of union? 1) Is it win-lose union (Master-slave union) where the strong dictates his terms on the one less strong; or 2) Is it win-win union (master-master union) where all the countries are equal and all have equal voice on the table. We are visioning the latter.

You Excellency, Somalia were a failed state for more than twenty years. For the past eight years, the international community and African Union thankfully have put a huge effort in Somalia to help it stand on its feet. It came a long way yet it still needs help to survive. It just started to gather its pieces and started building its institutions. Your Excellency, there are two options before the neighbors with respect to Somalia: 1) Exploit the situation of Somalia and take over the country gradually against the will of its people. Or 2) Play the role of good neighbor – help them stand on their feet; help them hold general election that will produce a representative government. This will be the legitimate government that could enter into agreements on behalf of its people. We recommend that the neighbors chose the latter option. Why? You will win the hearts and minds of Somalis and get lasting friendship. Friend in need friend indeed.

Your Excellency, Somalis had a rough history with Ethiopia, history of conflicts and wars for past five centuries, induced by the colonial powers to my limited knowledge. In Islamic history we read that the Christian king of Habasha (Abyssinia), Najashi was a just king and treated people with fairness. Prophet Muhammad PBUH sent some of his companions to king Najashi to take refuge in his kingdom from aggressions of Quraish of Makkah, in the beginning of the 7th century. Since then, the relation between the Christians and Muslims of Horn of Africa was a relation of peace and coexistence.

Your Excellency, your Oromo community was disadvantaged, oppressed and sidelined in Ethiopia for so many decades if not centuries. I believe you understand to your core the effect of bad treatment, oppression and unjust.

Your excellency, there is an opportunity of great magnitude before us, and under your leadership we could take the necessary steps to change the course of the history and create shared prosperity and success for the people of horn of Africa, and restore the peace and coexistence that it once enjoyed in the past; in an atmosphere of mutual respect and focusing on the common interest. We are hopeful you will rise to the occasion.

Your excellency, in Somaliland we have made the decision to withdrew from the union with Somalia 27 years ago and restored Somaliland independence, after the central government – lead by the late dictator Siyad Bare – waged a war – employing scorched-earth-policy – against our people which resulted in the death of tens of thousands and displacement of hundreds of thousands of our people and destruction of all major cities. Thanks to Ethiopia it provided a refuge for our people, we will never forget that favor. Indeed Ethiopia was and still a good neighbor and a friend, we really appreciate. Your Excellency, Somaliland willingly went through process of building its country starting with reconciliation, building government institutions, and democratization using its limited resources. Somaliland came long way but a lot remains to be done.

Your Excellency, it is ironic and unfortunate that Mr. Farmajo, president of Somalia – who is also a close cousin of the late dictator Siyad Bare- and whose government can barely stand on its feet without the support of international community and African union forces – with your country carrying most of the weight. Mr. Farmajo is instigating war against Somaliland. He is sending arms and personnel to Puntland, but in reality using it for waging war against Somaliland to annex part of Eastern region of Somaliland. Your Excellency, you cannot believe his justification (as highlighted by Puntland Administration). They are waging war because members of president Farmajo clan inhabit
part of this region of Somaliland!!! Your Excellency, can you imagine what will happen to our Horn of Africa region if such thinking and logic is allowed? The entire horn will turn into chaos. You cannot grab land by clan affiliation. Somaliland border reference is the one that was set by the colonial powers, and I believe is the reference of all African countries. Your Excellency, it is our responsibility as the citizens of this region that we shall not allow such thinking and logic to prevail.

Your Excellency, it is a public knowledge both in Somaliland and Somalia that Mr. Farmajo is using the resources that was given to Somalia by the international community to instigate internal conflict in Somaliland, Your Excellency, we believe this is a deviation that should be noted, addressed, investigated and corrected.

Your Excellency, you have before you an opportunity to do the right thing and set the history our region to a different direction, a direction that will lead to regional harmony and prosperity.

We support union that is based on mutual interest; mutual respect and sovereignty of member countries are not undermined.

Who I’m I? My name is Ahmed Omar. I admire your thinking, energy, positive spirit and share your vision of creating union of horn of Africa.