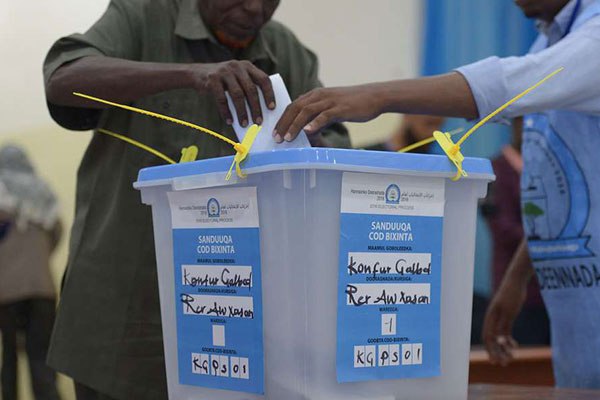 Somalia-based Islamic insurgency al-Shabab are believed to be trying to influence or scuttle the 2020 presidential election, even as the US increases air bombardment to weaken them.

Two weeks ago, Al Shabaab ordered all the elders and delegates who choose the members of the federal legislature and the state councils to register with the group.

So far, 159 elders from Hirshabelle, Galmudug, Jubaland and Southwest states, have reportedly agreed to register but Puntland has defied the order.

Mogadishu has instructed the elders to ignore the order.

According to Bihi Alim, a political commentator from Puntland, Al Shabaab is trying to scare the elders off from the elections or vote according to their instructions, but it is an exercise in futility because elders represent sub-clans and those compromised will be easily replaced.

The envisaged one person one vote method is not likely to work because some conditions are yet to be met.

These include establishment of security, a constitution and a national voter register. Somalia have been employing a power-sharing arrangement known as the 4.5 formula, which comprises four major clans and a coalition (0.5) of smaller clans.

Al-Shabaab present a new challenge to the system as the elders and delegates have been targets of the terrorists.

Hassan Mohamoud, a political commentator in Mogadishu, said the elders seem to be caught between the devil and the deep blue sea.

“For obvious security reasons, they fear disobeying al-Shabaab orders, while on the other they are afraid of a backlash from the government and state security institutions,” said Mr Mohamoud.

Al Shabaab could complicate the Jubbaland elections set for August 24, which have also attracted the interest of Mogadishu, regional countries such as Kenya and Ethiopia and most Western countries interested in exploiting oil and gas offshore.