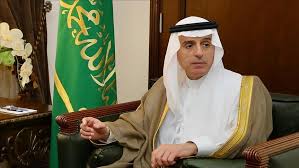 Addis Ababa, Dhu-AlQa’dah 27, 1439, Aug 9, 2018,  —  Prime Minister of Ethiopia Abiy Ahmed received here today Minister of Foreign Affairs of the Kingdom of Saudi Arabia Adel bin Ahmed Al-Jubeir, currently on a visit to Ethiopia.
At the outset of the meeting, Al-Jubeir conveyed the greetings of the Custodian of the Two Holy Mosques King Salman bin Abdulaziz Al Saud and His Royal Highness Prince Mohammed bin Salman bin Abdulaziz, Crown Prince, Vice President of the Council of Ministers and Minister of Defense to the Prime Minister who in turn extended his greetings to the Custodian of the Two Holy Mosques and his Crown Prince as well as to the government and people of the Kingdom of Saudi Arabia.
During the meeting, bilateral relations between the Kingdom of Saudi Arabia and Ethiopia and ways of enhancing them in all fields in a way that best serves the interests of the two countries as well as the security and stability of the region were reviewed.
They also discussed the latest developments at regional and international arenas and issues of common interest.
The meeting was attended by Ambassador Ahmed bin Abdulaziz Qattan, Minister of State for African Countries Affairs and a number of officials.
–SPA