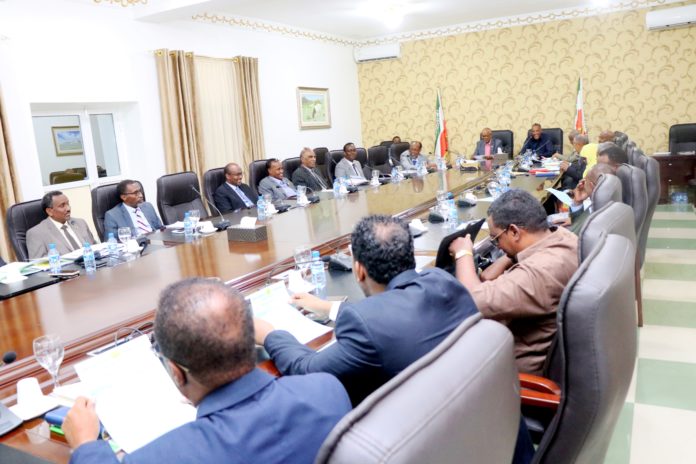 The country’s exports and imports have risen for the past three months as the finance minister has made the remarks during ministerial meeting at the presidential palace. It is reported that the inflation has decreased while the revenues have increased sharply by 43% in contrast to the past three months. The minister in charge of agriculture has also talked about the delay of the rains would hamper crop cultivation. The minister has stated that he will urge community farmers to grow crops that would not reap for quite long time. He clearly said that this would impede the crop production expected this year as the rains do not come at the expected time. The minister for water resources also revealed that the residents in Sool, Sanaag and Ayn encountered scarcity of water due to the lack the drought. The minister returned from a fact finding trip to the eastern provinces in Somaliland.  The council of minister have unanimously agreed to overcome political barriers in line with the country’s laws so that the country will hold free and fair parliament and local council elections.