The Somalia region’s president, Abdi Mohamoud Omar, known by his nickname ‘Abdi Iley’, has resigned, bringing an end to eight years of autocratic grip and sparking jubilation in parts of region and country.

According to Edris Ismael, communication head of the region the decision was voluntary and Abdi Iley had made it to allow a smooth transfer of power. Abdi Iley will remain chairperson of the regional Ethiopian-Somali People’s Democratic Party and will keep his residence in Jijiga. Abdi Iley had previously refused to quit despite months of protests in the region and the weekend’s military intervention.Negotiations took place to get Abdi to leave office with some dignity, a government spokesperson said.

The region’s finance and economic development head Ahmed Abdi Mohamed “Ilkacase” is named as interim leader until the next party congress. Abdi Ilkacase, 32, has had close ties with the departing president, who awarded him the vital finance head role few years ago, bringing him from Qabridahare, where he was serving as a mayor, according to informants.

An electrician from Degahbaour who had risen to become both head of security and president of the region in 2008 and 2010 respectively, Abdi Iley has faced multiple accusations of human rights abuses, ordering his special paramilitary Leyu forces to kidnap, torture and sexually abuse political rivals and critics. He has reportedly used cash and intimidation to subdue and eliminate insurgent activities in the area. He has also developed patron–client networks with important federal army apparatus, such as General Samora Yunis and Major General Abraha Wolde Mariam (Quarter).

Opposition have been gathering momentum against Abdi Iley in the past two months, due to anger at his record of cruelty, repression and alleged corruption. This protest has been in tune with changes and reforms taking place in the country and Abdi has been reacting aggressively and harshly, Jemal Dirie Kalif, a former member of Somali region Parliament and a prominent critic of Abdi said. Activists say most of protests against Abdi Iley went unreported such as one held in Jijiga two weeks ago, in which around 50 people wounded, Jemal says. A meeting organised on July 10 in Addis Ababa’s Friendship Hotel ended in altercation, after Abdi Iley’s loyalists disturbed. Protests occurred in rural provinces and people in Afder Zone even chased the administrators assigned by Abdi and replaced them with their own choices, according to Jemal Dirie. Another high profile meeting was also disrupted in Dire Dawa few days day when it incurred the ire of Abdi loyalists who threatened organizers with violence. Essentially the army has intervened to thwart Abdi Iley’s manipulation of the article 39 to call for secession of the region and put himself in control of the region, according to sources. The attempt to apprehend Abdi Iley over the weekend has triggered a political crisis and caused the killings of several non-Somali ethnic communities, looting of shops and burning of churches, according to reports. 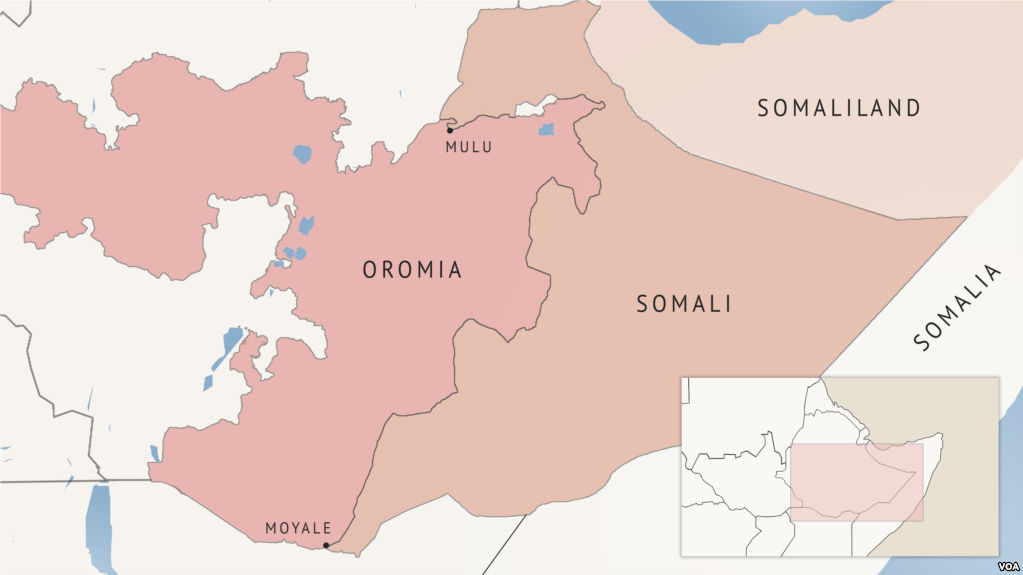 Abdi Iley’s departure appear to usher in a new era for the region in the midst of uncertainty. There are many hoping that the new replacement would make good on promises to establish a rule of law, order and justice and show clear resolve on reform. “We are finally getting rid of the cruel man,” said Hawa, a Jijiga resident speaking by telephone. “The air is already calmer and the town stable,” she said.

Others voices are cautiously optimistic and even wary of the new interim president. Mohamed Olad, a journalist in Kansas City, Missouri who writes for the web portal, Jijiga Herald, says this is a good start but not a massive change. “It doesn’t look like the new leader is able to dismantle the pillars of repression built by Abdi and if is he is to live up to public expectations of change,” he told Ethiopia Observer. Ahmed Abdi Mohamed “Ilkacase has a reputation as Abdi Iley’s enforcer and was implicated in some of the worst human rights abuses of the rule, according to Mohamed. “He was his right hand-man and was there with him while the biggest corruption scandal was unfolding under his watch,” he said.

“There is no change as such to celebrate. We were against a system that humiliated humanities, killed innocent civilians, raped, abused power and displaced people. Still the same executive members recruited and trained by the tyrant Abdi Iley are in power,” a Minnesota-based Maxamed Sh Cumar said.

“It is all the same apart from that some of us believe since the change is from within it is enough,” he added.  “I do not see if they were actually for true change or they were to make lots of noises to show they are with the majority.”