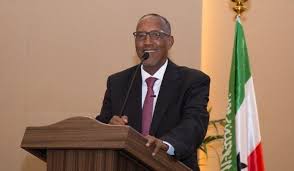 Somaliland government has said that it is a tremendous blunder when it comes to a recent statement issued by Somalia’s Federal Upper House of Parliament which has claimed that the selection of lawmakers hailing from Somaliland will be held in Mogadishu.

According to an official statement issued from Somaliland’s presidency has unequivocally stated that it is a huge mistake when it comes to the statement from the speaker of Somalia’s upper House of parliament.

Somaliland government further said that it is a deliberate move which is intended to under Somaliland’s sovereignty.

The government of Somaliland has reiterated that Somaliland citizens who would attend the upcoming elections in Somalia will be punished.

The statement from Somalia’s parliament which irked Somaliland comes at a time when Somalia is gearing up to elect new lawmakers and which in turn elect its president.