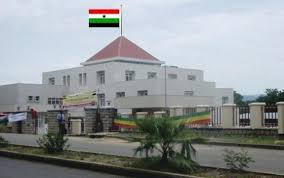 Ninety-two prisoners have absconded from a prison in Gambella regional state in Western Ethiopia, state media reported on Tuesday.

ohn Umod, Chief Police Inspector of Gambella City Prison, told the  the prison break occurred on Monday when guards were trying to stop a fight among inmates.

“A manhunt for the 92 escapees and an investigation are underway,’’ Umod said.

He noted that the prison was housing 316 inmates before the prison break.