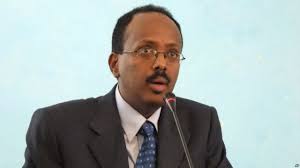 Somaliland and Somalia have been at odds since Somaliland’s announcement of regaining its independence from the other parts of Somalia in 1991. The political dispute has cooled down and later heated up since president Farmajo took the office and currently, the inception of any dialogue with the federal government of Somalia needs to have a credible president than Farmajo leadership.

Following the more political tensions that took place between both governments in the last two years proved that the talks need to have a sound leadership from the federal government. For this purpose, Somaliland is a country that manages its own affairs without any external influence while Somalia is still in the middle of miscellaneous political international actors where the current administration in Mogadishu lost the confidence to unite its five regional states and still busy for disturbing Somaliland peace and stability. I do believe that Somaliland and Somalia need genuine talks on their futures very soon particularly when Farmajo administration is out.

Somaliland government should not have talks with the current Mogadishu administration unless they first implement the agreements reached in the previous meetings. I agree with Somaliland special envoy for Somalia talks, Drs. Edna Adan who announced that Somaliland is ready for dialogue with Somalia if and only if the federal government should first carry out the provisions agreed upon in previous conferences.

According to my observation, Somaliland welcomed the talks and both sides were getting closer, but unfortunately, Somali President Mohamed Farmajo canceled all the agreed upon terms, He woke up one day and said the signatures of all the former presidents are nullified.

The question is, will these required talks get the previous agreements reinstated? If old agreements are null and void, then any new talks are not worth the effort. The talks need a charismatic president, elected by the Somalia people, to respect what the former presidents have agreed to, and respect and have the power to precede the talks. Somaliland has withdrawn from talks with Somalia in protest against the new commission appointed by President Farmajo that included the son-in-law of the former president, Siyad Barre. It was clear that the appointment of General Abdurrahman Hussein Guulwade reminds the annihilation of Somaliland people in 1980s.

Finally, I call for Somaliland leadership to cancel the talks unless the previous agreement are implemented under the current Mogadishu administration as its appointed mediation and dialogue committee with Somaliland held a series of meetings with stakeholders as it prepared for talks with Somaliland that has previously rejected the committee nomination.

MAY ALLAH BLESS AND PROTECT THE REPUBLIC OF SOMALILAND.

By: Muse Jeeh, a freelance writer based in Hargeisa, Somaliland. He can be reached at Majeex2004@hotmail.com.