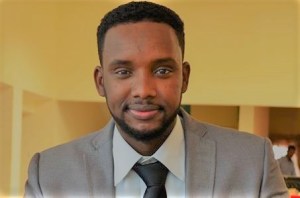 Turkey is one of the most powerful and influential countries in the emerging world. It has an impact on the world stage as part of the NATO alliance and increasingly encourages its domestic companies to flex their muscles in the third world. This political and economic renaissance, spearheaded by Erdogan in the past 10 years, is more visible in Africa, than any region in the globe, as it poured Billions in direct investment into African infrastructure projects.

The opening of Turkey’s largest military base outside of its borders in Mogadishu this past September, was a spectacle for the diehard Turks craving for a bit of Ottoman Nostalgia. It also pointedly confirmed Turkey bet on Somalia as an important pawn in its geopolitical game to box out other regional rivals.

This military base was in addition to the large international airport that was inaugurated last year, numerous roads, hospitals, and not to mention direct cash contribution provided to the nascent Somali Army.

The government of Turkey played a major part as the primary mediator in the talks between Somaliland and Somalia, when they hosted the two delegations in Istanbul. in many instances, the dialogue were welcomed by observers as both Somaliland and Somalia, discussed a number of strategic issues, and agreed to resolve few contentious points.  However, on important issue related to the future political relationship of the two entities, the Turkish government has left no doubt about their bias in favor of the Somalia side, to the detriment of Somaliland.  Consequently, the sacrosanctity of the role devoted to the honest broker was muddied, and by the same token crushed the trust of a Somali population waiting for an amicable resolution of a long running conflict.  This failure as a witness and mediator of the Turkish Government has in turn emboldened the Somalia government, as it pursued to break many of the points agreed in the final communique, including the Air Space management and control, and the sharing of international aid.

Few years later, the Turkish government double standards continues. It still pours massive investment into a failed state which has no accountability, and flagrantly disregard the political and economic progress on the other side.

Fortunately for Somaliland, there are many other governments that support the government including the government of Kuwait, UAE, UK, Denmark, Saudi Arabia, European Union, USA and Ethiopia. Their support have built the country’s public infrastructure and contributed to the private sector, the capacity building of institutions, and upcoming infrastructure investment.

Somaliland is a country that has a long history of democracy, institutional building and positive contribution by civil society, as presented in the just concluded presidential election which was heralded as one of the most transparent in Africa.

Somaliland also is punches above its weight in regional affairs whether Is the fight against terrorism, the reduction of piracy in the red sea or in the current political crises in the Gulf of Saudi-led groups, emirates, Kuwait, Egypt. In the later, Somaliland airspace was crucial to the interest of the alliance.

Therefore, the very good relations between the countries of the United Arab Emirates and the Saudi Arabia, is more strategic & important than having Turkey on its side.

Given the above, it is surprising to hear the Turkish government has begun negotiation with the current administration of Somaliland on a possible concession to take over the management of its largest airport, the capital city’s Egal International Airport.

Once the discussion have concluded the same company that is managing the Mogadishu Airport is expected to also take over the Hargeisa Airport, thus handing over all Somali Airspace to a Turkish company (FAVORI LLC).

It would certainly be a monumental mistake, for the Ministry of Civil Aviation to continue these discussion, let alone award this contract to a Turkish company, as it would directly jeopardize the National Security and sovereignty of the Somaliland Air Space.

Furthermore, the negative impact that such a decision would have on the bilateral and multilateral partners of the Somaliland government will be felt immediately as the entire region navigates tense geopolitically tides.

FAVORI LLC was very shrewd in trying to take advantage of a caretaker administration in Somaliland, whose sole responsibility, in the last few months, was to organize the important presidential election that just took place commended for.

In the future, we hope and expect that, large investment and long term concessions get the scrutiny and strategic analysis they deserve. Using the Somaliland legal framework for foreign investment, we believe it is possible to find a better way to develop and manage investment projects, that are aligned with our national interest & values.

By: Khalid A. HERSI