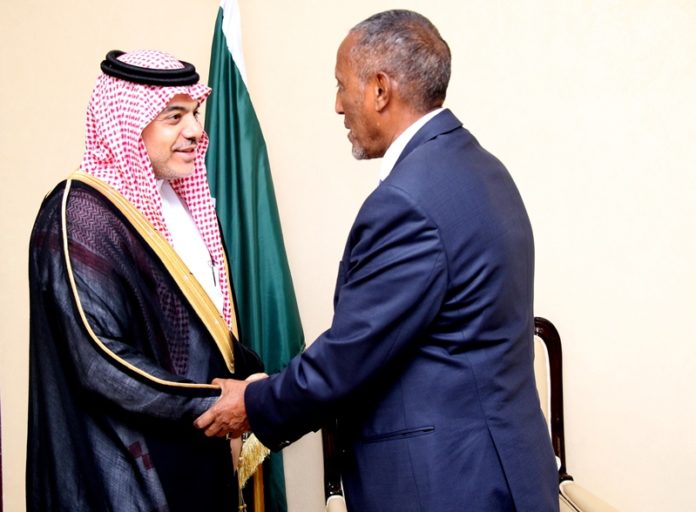 Hargeisa-The Kingdom of Saudi Arabia has clearly stated it’s desire to hold and facilitate any future Somaliland-Somalia talks. The Saudi Arabian government recently sent the ambassador accredited to neighbouring Somalia on a visit to the Somaliland capital, Hargeisa, to meet and discuss areas of mutual interest with the administration of President Muse Bihi Abdi.

On of the areas discussed between Somaliland and Saudi Arabia was the possibility of any future Somaliland-Somalia talks taking place in the kingdom.

There are many countries actively jockeying for the opportunity to holds these talks that are expected to determine the future relationship between the two countries.

Previous talks held in Turkey have failed due to the inability of the Turkish government to enforce any of the basic agreements, such as the air space issue, and the unwillingness of the federal administration in Somalia to adhere to a single undertaking from the Istanbul accords.

A recent delegation from Turkey to Somaliland was told in no uncertain manner that ” the international community must be involved in any future talks between Somaliland and Somalia, since Turkey has not proved itself to be an impartial arbiter”.