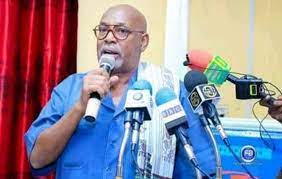 SL Police have confirmed the detention of members of youth after they staged questions of nationals on whether they would like to travel to Mogadishu. They were arrested in Buroa, the provincial capital of Togder and set to appear before the court. The prank clip features young men questioning residents whether they would like to go to Mogadishu, the capital of war-torn Somalia, and two others with Somaliland army uniform. The video is widely circulated in social media while some people have reacted jokingly. Other have strongly criticized it. Mohmed Derie, Buroa provincial governor who spoke to SL media outlets said that they will bring them before the justice. He said: ” It is a misfortune and it is far away from early thinking, These young men seems on a way of the difficult history of their great fathers. Last night we observed local media reports indicating the remnants of the bones of civilians massacred during Siyad Bare regime.” SL and Somalia are at odds in politics for the past decades after it withdrew from the failed union with Somalia in 1991.