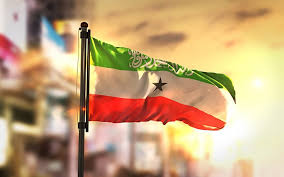 Over the last few months, the world has witnessed the beginnings of a new Middle East. The historic peace deals signed between Israel, the United Arab Emirates, and Bahrain in August marked the first time gulf nations formally recognized the Jewish state.

The effects these developments will have on the region are potentially immense. The signatories to the so-called “Abraham Accords” have not just opened themselves to the benefits of peace and diplomatic relations. Their bold move has begun a regional trend, with several more nations mulling peace accords with Jerusalem.

The future looks bright. It is now safe to say that several more countries in both the Middle East and North Africa will soon follow the path of UAE and Bahrain.

One country that seems particularly keen on forging ties with Israel is the African nation of Somaliland.

This small nation situated on the eastern edge of the continent has like much of the region, a tumultuous history. After decades of colonial occupation and the ensuing Somalian civil war of the 1990s, the peoples of the former U.K. protectorate known as British Somaliland, declared independence in May of 1991 to form the Republic of Somaliland. Since then, the territory has been governed by democratically elected governments. Despite this track of stability, Somaliland is still seeking international recognition as many still consider the country to be part of Somalia. Today, Somaliland is officially part of the U.N.’s Unrepresented Nations and Peoples Organization (UNPO).

Shortly after the Abraham Accords were signed in Washington, Israeli officials hinted at the possibility of Somaliland being one of the next countries to ink deals with Israel. If this is the case, the mutual benefits of such a relationship would be enormous.

For one, Somaliland occupies territory with an abundance of natural resources. The country is home to large mineral deposits including the valuable gypsum, a composite widely mined for its use as a fertilizer, and the main constituent in many forms of plaster, chalk, and drywall. Also contained in Somaliland territory is a slew of essential metallic ores and industrial minerals like iron, titanium, aluminum, tungsten, tin, galena, and even rare earth materials like columbite-tantalite, and molybdenum. Since its inception, Somaliland has struggled to find pathways to international markets for these materials. While the government has made some headway in this effort over the past ten years, ties with Israel could enhance both mining and exports exponentially.

Another area in which Somaliland would gain from ties with Israel would be national security. For years, Somaliland has been battling the encroachment of jihadist militants in the region. The country’s citizens are no strangers to extremist violence having experienced numerous deadly attacks against civilians such as the infamous Hargeisa Bombing of 2008. To their credit, Somaliland security forces have done an exemplary job thwarting attacks and pushing back against militant groups such as the Al-Qaeda loyal, Al-Shabaab. Adding to this success is the nation’s slow but incremental increase in military capabilities, often through the assistance of foreign friends. Sweden for instance recently donated three boats to the Somaliland coast guard, which the force now uses to patrol the coast to deter weapons smuggling from Yemen. Relations with Israel would add an important name to Somaliland’s growing list of allies, one that has a lot to offer when it comes to combating terror.

Beyond the advantages for the two would-be signatories are the extensive regional benefits of an Israel-Somaliland accord. The Red Sea which Somaliland borders, has long represented a critical link in a network of global waterways stretching from the Mediterranean to the Indian Ocean to the Pacific. So central is this maritime path that U.S. defense officials have often dubbed it the ‘Interstate-95 of the Planet.’ Somaliland (along with its neighbors) is very much aware of the important position it occupies along this ocean highway. Its Berbera Port is a booming and strategic site for maritime operations of all kinds and has been invested in by the Arab Emirates. Cooperation with Israel, a fellow Red Sea bordering nation, would expand the economic potential of this already flourishing maritime network.

In addition to the market value, solidifying ties around the Red Sea is also important from geopolitical and global security perspectives. The Sea has been used by militant groups and state sponsors of terror to commute and transport material for their operations. This fact was laid bare in 2014 during the IDF operation Operation Full Disclosure in which Israel intercepted the Panamanian cargo ship Klos C which was carrying arms through the Red Sea. A large cache of Iranian weapons including M-302 rocket artillery pieces, mortar shells, and hundreds of thousands of assault rifle rounds was discovered on board. The Klos C incident and countless others like it, highlight the common interest Israel and all its Mid-East and North African partners have in securing the Red Sea and pushing back Iranian inroads.

At every level, the region as a whole stands to gain substantially from peace between Israel and Somaliland. If this great goal is achieved, it would mark another milestone in the unprecedented progress being made in the Middle East today.