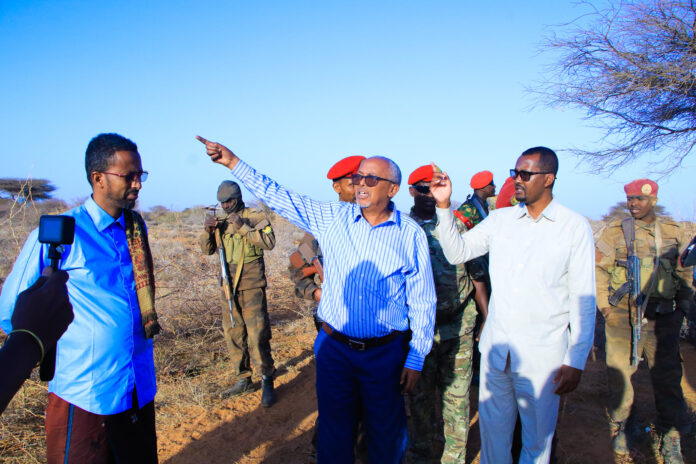 Vice President H.E. Abdirahman Abdullahi Ismail Seyli’i has expressed concern over the living conditions of more than one million people affected by the severe drought.

In fact, the drought situation is worsening in the three eastern regions, and the greatest need is for water, due to the recent poor rains.

In the eastern part of the country, fodder was available, but the burden on large numbers of migrants from the southern regions of Somalia, Puntland, and elsewhere will disturb.

VP Sayli’i said the commission’s main aid in the Eastern Regions so far is  water supplies and food distributions.

“Previous estimates by the commission and aid agencies of people impacted by the drought in the three Eastern region were estimated on eight hundred, but at the moment that might reach up to one million and two hundred people in need of food aid”, he observed.

Asked about the steps taken by the government and the Drought committee he chairs to respond to the drought, he said, “We have organized community groups, we have also had meetings with aid agencies, and we really expect answers from them.

So far food rations and water trucks distributed have all been paid for by government funds. “Food and water relief for the eastern regions were paid by tax collected public”, he noted.

He said the calls to the world and the community had not yet been answered except few businessmen who donated and other pledges that have not yet reached us.