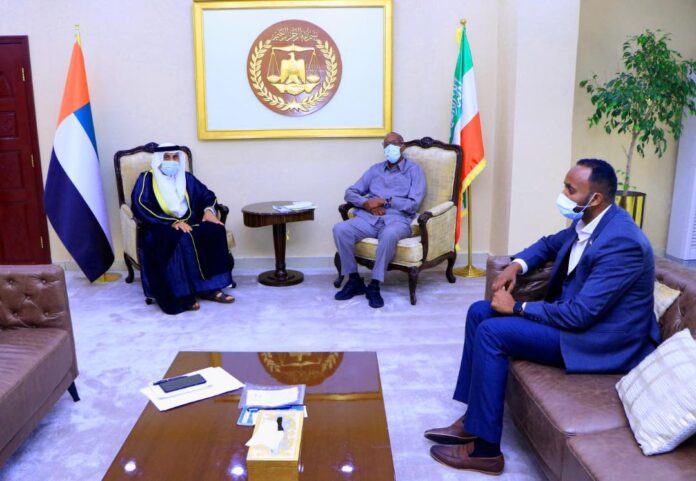 The United Arab Emirates has appointed a new representative to Somaliland which will be the first Arab nation to send a diplomat to Hargeisa. The UAE & SL have a superb relationship in recent years. Abdulla Alnaqdi has been named as the new representative to SL where SL President Musa Bihi Abdi has received his letter of credence from him at the state house. President Bihi told the new envoy that he came to a country which likes to boost ties with the UAE. The President discussed with the new envoy on the democratization process and the progress made over the past 30 years as well as the upcoming parliament and local council elections. Somaliland entered into 30 years agreement in 2016 with Dubai Ports World, world’s third largest port operator to manage its port of Berbera.