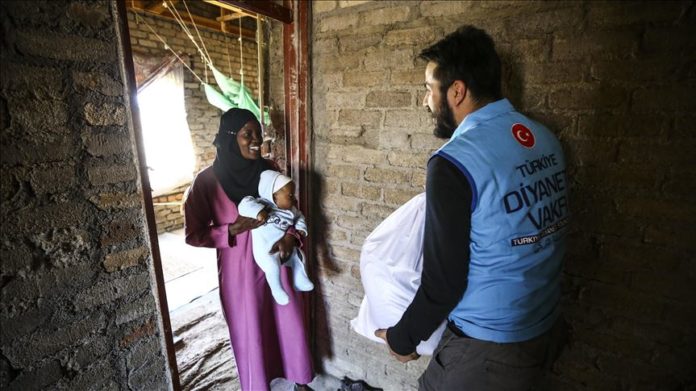 ANKARA–A charity linked to Turkey’s religious authority on Friday distributed aid to hundreds of families in Djibouti during the Muslim holy month of Ramadan.

Turkiye Diyanet Foundation (TDV) distributed food aid to 800 families living in the capital city of Djibouti and the town of Obock, where refugee camps are concentrated.

The foundation delivered 400 food packages to Yemeni people in Obock refugee camps, according to a TDV official Mustafa Erdem.

The charity also served fast-breaking meals, or iftar, to 1,000 refugees at the camps, according to Erdem.

Sahinkaya stressed that such activities have strengthened the ties between the peoples of Turkey and Djibouti and has increased love of Djiboutians for the Turkish people.

TDV will distribute food packages among more than 100,000 families in need, and will organize iftar for nearly 200,000 people in 98 countries.

The organization will also provide clothes to more than 10,000 children from Bangladesh, Chad, Palestine, Niger, Somalia, Sudan, Syria and Yemen.

Fasting, held from dawn to dusk during Ramadan, is one of the five pillars of Islam. It is a time of self-examination and great religious devotion.