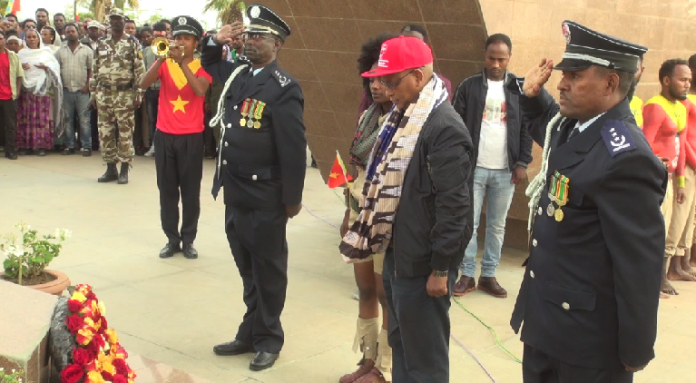 Addressing the crowd gathered to celebrate the 44th anniversary of TPLF, Debretsion said that TPLF will collaboratively work and bring a change with forces that have due respect to protect the federalism and constitution.

“Lifting the people of Tigray, who sacrificed its beloved children to the existing federalism, out of poverty is the regional government’s priority,” he stressed.

Commemorating the martyrs’ means to renew commitment to undertake entrusted responsibility, he said, adding that “once again, we assure to our people that we stand strong alongside our people.”

The Chairman added that it is essential to preserve the changes obtained in the region in particular and the country at large.

Long serving and former top leaders of the front took part in the celebration that was held with the purpose of leaving the differences behind and march forward with forgiveness.

Moreover, veterans of TPLF, who have both retired and left the party due to various reasons, received an acknowledgement for the first time for the selfless services they rendered to the front and the people of Tigray.