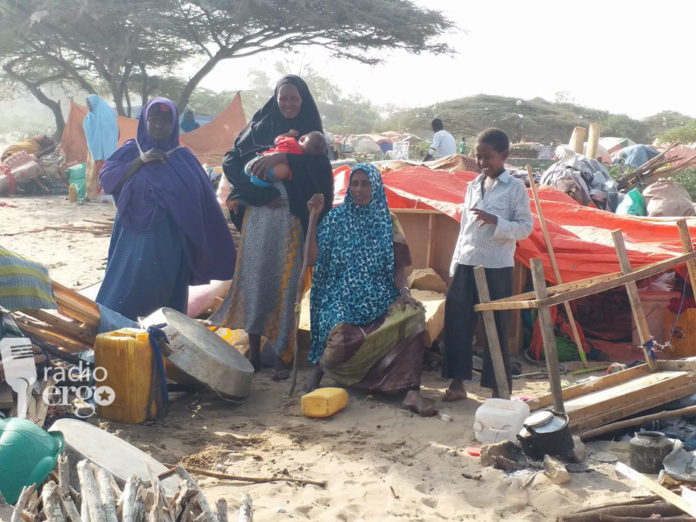 Over 70,000 Somalis displaced by conflict between Somali and Oromo communities are facing hunger and lack access to any basic services, according to government officials in the Somali regional state of Ethiopia.

Mohamed Khalif, the district commissioner of Tuliguleid in the Somali region, said a total of 72,000 members of the Somali community have been displaced by the conflict that began after a referendum to decide the fate of areas on the Somali-Oromo border in 2004.

“Before the referendum, both communities were living in peace and the district was one of the most peaceful places in the region but the outcome of the referendum caused this recurrent conflicts between the two communities. Now, these people who fled their homes need urgent help,” the commissioner said.

The families, including pastoralists and farmers, are now living in harsh conditions without proper shelter in Tuliguleid, Gebagabo, Duddo-jirmo, Masle, Darimiand Jigjiga towns.

Abdishukri Abdi Ibrahim, the head of the Disaster Preparedness and Prevention agency inTuliguleid district, told Radio Ergo that the families are facing a humanitarian crisis.

He stated that 41,794peoplereceived a small distribution of food in early February.

“Our agency contacted the WFP (World Food Programme) and other aid agencies in the area.WFP responded to our call but the food was very little and the families still need more support,” he said.

Hassan Malayste and his family arrived in Sarid-garad village in Tuliguleid town in January, after the conflict broke out in his village.

They are living now in a make-shift hut made from clothes and sticks.

Hassan told Radio Ergo that the food aid given to his family by WFP finished and they are now at the mercy of relatives and the local community.

“We rarely get support from the locals or my relatives abroad. We live a hard life. This shack cannot shelter us from the cold,” said the father of eight.

Hassan’s house and his three-hectare wheat farm in Guri-Kheirewere torched during the clashes in December. He lost his seven cows.

“The village was burnt and all the livestock was driven away by Oromo fighters who attacked the village early one morning. We knew that there was hostility but we were not aware that the village would be attacked,” he said.

Meanwhile, Hamdi Muse and his family have been living in Sheikh-Nur-Issa locality on the outskirts of Jigjiga town for a year, since fleeing Jili’isani village in Oromia regional state.

Hamdi was a medical officer employed by Oromia state but is now taking casual labour jobs on construction sites to support his family.