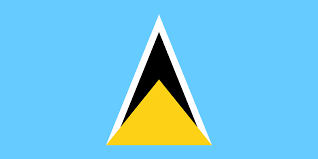 St Lucia stands apart. It is not only a Caribbean leader in sustainable development and tourism, but it also remains a beacon for moral clarity. It is, for example, one of only 15 states—and three Caribbean states–that recognizes Taiwan.  On October 10, 2019, Prime Minister Allen Chastanet visited Taipei to commemorate the founding of the Republic of China. Edwin Laurent, St Lucia ambassador to Taiwan, explained last that month that despite Beijing’s pressure, he did not see mainland China able to sway pro-Taiwan public sentiment because both Taiwan and St Lucia embraced a common view of “democracy, rule of law, and freedoms.”

St Lucia can use its moral high ground, however, to expand such sentiments further. On July 1, Taiwan’s Ministry of Foreign Affairs announced that it and the East African nation of Somaliland would establish diplomatic offices in each other’s capitals and exchange diplomats. At its independence from Great Britain in 1960, 30 countries—including all five Security Council members—recognized Somaliland. The country then entered a voluntary union with Italian Somaliland to form Somalia. It was not a happy marriage: Somali dictator Siyad Barre waged a genocidal campaign against Somaliland’s predominant Isaaq clan. When he fell in 1991, Somaliland re-asserted its independence, but its previous recognition did not revert.

That has not stopped Somaliland to become the Taiwan of the region. While Somalia descended into state failure, Somaliland remained stable. While Somalia remains a country whose president is selected by a handful of appointed parliamentarians, Somaliland has had five one-man, one-vote elections secured by biometric iris scans. While China pillages Somalia’s offshore resources, Somaliland has, like St Lucia, become a leader in sustainable development and eco-tourism. It has even faced down Emirati royals who tried to illegally smuggle or hunt cheetahs and other wildlife. While Transparency International has ranked Somalia as the world’s most corrupt country for a decade, Somaliland remains business-friendly. It hosts Africa’s second-largest Coca Cola bottling plant and is a leader in digital currency.

Despite its democracy, isolation takes a toll. Because no country formally recognizes it, it remains outside the SWIFT international banking system. In practice, this means all international transfers must go through Djibouti, Ethiopia, or Somalia. Its lack of formal independence also hamper access to international assistance—a public health risk at a time of COVID-19.

Traditional arguments that new country recognition in Africa would open an endless cascade of claimants and border adjustments do not apply, both the British protectorate established its borders by treaty and the international community recognizes them in 1960. Diplomats from its largest neighbor and largest trading partner Ethiopia often quip that they will not be the first country to recognize Somaliland, but they will not be the third to do so either. Gambia also appears ready to act.

St Lucia already pursues a principled foreign policy. By looking beyond the Caribbean as it has done with Taiwan, St Lucia can not only forge new like-minded partnerships and assist a country which also shares historical ties to Britain, but it can also win an instant business and banking partner while also cementing its position as a leader for the democracy bloc on the world stage. Certainly, in these troubled times, the world needs governments standing up for freedom and democracy.

Michael Rubin is a resident scholar at the American Enterprise Institute in Washington DC.