The self-declared republic of Somaliland has expressed an interest in hosting British and Russian naval bases, which would add to an already active military presence along the coast of the Red Sea – one of the world’s busiest and most strategically important maritime passages.

Ahmed Hassan Egal, head of the Somaliland mission to Ethiopia, confirmed to Anadolu Agency that military cooperation, and more specifically the establishment of a U.K. naval base in Somaliland at the port of Berbera, was among the points of discussion.

The neighboring coastal state of Djibouti, which gained independence from France in 1977, houses more foreign military bases than any country in the world. In addition to a longstanding French naval base, there are U.S., Japanese, and Italian bases established since 2000, an EU military quarter, and a Chinese naval base established in 2017.

“If the much smaller country Djibouti hosts so many naval bases by so many countries, why not Somaliland?” said Egal.

Asked to confirm the U.K.’s intention to establish a naval base in Somaliland, he said, “There is a strategic importance in Somaliland. Part of the world would like to come to it, and Britain’s defense secretary was in Somaliland. We know that Britain has long historical relations with Somaliland … Because of the security situation, they [Britain] are very interested.”

The U.K.’s interest also involves forging bilateral relations in economic and other sectors, according to the ambassador.

He said the Russians might also come with the same intention.

“We want to invite whoever is willing to come to Somaliland,” he said, indicating that a process has been going on with the United Arab Emirates, a Gulf country that agreed to set up a military base in Somaliland.

“It helps the region,” he said. “It is a matter of interest … and of course, it would be in the best interest of the region as a whole. There’s nothing negative in that.”

According to Egal, the world powers coming to the region and establishing military bases along the Red Sea coast are also investing in the region, and “we should welcome it.”

“Somaliland gained independence from Britain before Somalia did,” Egal said in justification of the right it claimed to remain independent.

Egal said the union with Somalia that lasted between 1961 and 1991 was “a dream” and an “emotional” project that did not work out.

To date, no country has recognized Somaliland as an independent nation, although it has been acting as one for nearly three decades.

And the government of Somalia is vehemently opposed to the idea of an independent Somaliland, seeing it as a breakaway state.

While Somaliland is vocal in its determination to stay independent, Somalia’s semiautonomous state of Puntland next door has been working for a united Somalia with a federal arrangement, according to documents.

All things considered, it seems that as it welcomes nations to set up military bases on its shores, Somaliland is soliciting formal recognition as an independent state. 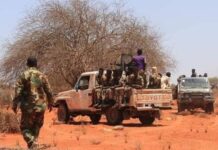 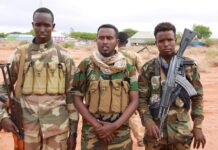 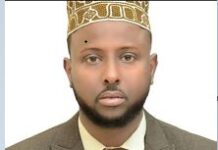