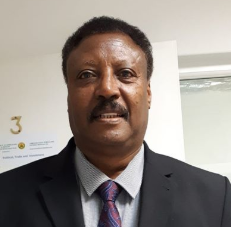 Many people may think that I am just a dreamer. But my dream that the independence of Somaliland will one day be recognised by all the nations of the globe is a fact, not a mere imagination if we dedicate ourselves with the utmost determination to go for it. Somalilanders are very intelligent and will never be fooled by unfounded rumours by the social media that say we will rejoin Somalia and abandon the rebirth right of our independence.

Somalilanders endured the inhuman and destructive wars by Somalia’s military government. Persistently weathering all these difficulties, they stood up united against all odds and restarted brick by brick rebuilding their cities which were horrendously demolished by Siad Barre’s ruthless regime.

And after drafting a constitution in 1997, they put a referendum to the people in order to vote for the constitution in 2002. After it was ratified by the parliament, they turned to rebuild the dismantled institutions of the government; then sought successfully to establish a process of lasting peace.

In the end, this stability produced good governance which will step by step take us to the next milestone; that is to obtain our long-sought recognition from the rest of the world. In the meantime, we will unite our people and educate our human capital, both men and women. We will thereafter, build our debilitated infrastructure, our entry ports, both sea, and air, improve the breeding of our livestock in a healthy fashion, utilize our agriculture to sustain enough food for every household, and last but not least strengthen the capability of our national army, which I am very proud of their heroism, even more, to guard us against all sorts of enemies outside and within.

An independent Somaliland, over the long haul, is a reality, not a miscalculated insinuation. Furthermore, Somaliland is not a threat; it will create a beacon of hope and peace for the rest of the horn. And it is my firm belief too that HE president Muuse Biihi Abdi, who is well-experienced, honest, constantly decisive, visionary and has the gumption to lead us to that objective and as a result hoist our flag at the United Nations gates among nations. And despite the uncalled for innuendos by some, he is resolute enough to surmount all the obstacles that are to halt still our country’s development and on-going progress.