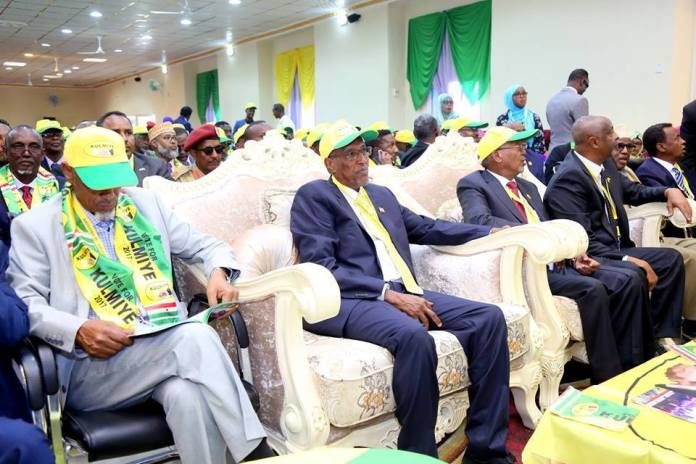 Former minister for information during Silanyo’s regime, Mr. Osman Abdilahi Sahardid aka Adani has lost the membership of party’s central council. Ex-finance minister, Ms. Zamzam Abdi Aden also booted out of the party’s central council member and is no longer attending the meeting. In his keynote address, Bihi, who is also the chairman of Kulmiye ruling party has thanked Borama residents for their hospitality in hosting the party central council gathering. Mr. Bihi in his address reiterated that the party has fulfilled a lot  of its promises during the presidential campaign in 2017. The President stated that the party has given priority to security, peace, health and education projects. Mr. Bihi has said that his government has pledged to create jobs for the youth in Somaliland.

It is noteworthy that the former president of Somaliland, Mr. Ahmed Silanyo did not attend although details are sketchy over the reasons he did not go.