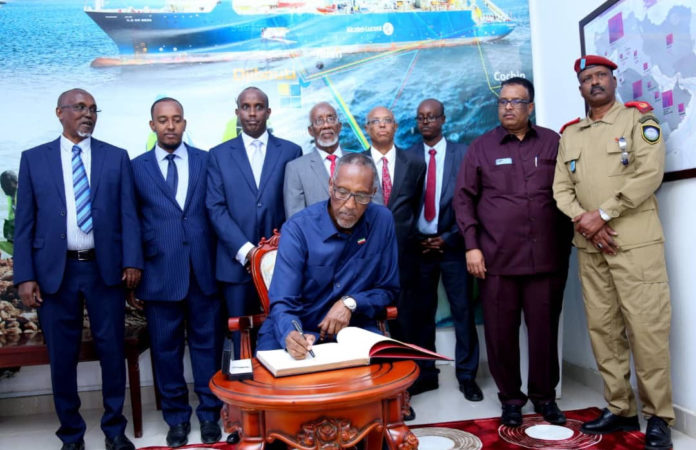 The President of Somaliland, Muse Bihi Abdi and his delegation, currently on their second day of a working visit to Djibouti have visited several facilities in around the capital.

The delegation visited the Telecom Djibouti headquarters and were given a tour of the facility. The President and his delegation were briefed on the new software and hardware technologies currently in use and the links between the centre and other neighbouring countries, such as, Ethiopia, Eritrea, Somaliland, Sudan and South Sudan.
Finally, President Muse Bihi and the delegation from Somaliland visited the Djibouti-Ethiopia train terminal in Nagaad. The terminal and it’s tracks have recently been refurbished. The delegation are also expected to visit the multi purpose Doraleh port before their departure from Djibouti.
Ali Mohamed Abokor
ruraledcomm@yahoo.co.uk