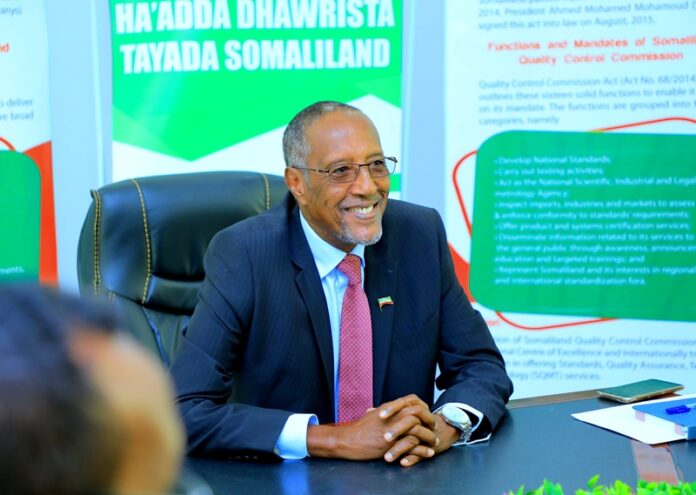 He said that those who use SL name running for parliament in Somaliland do not represent SL but they are SL diaspora in Mogadishu like others who live in Kenya and other parts of the world.

President Bihi said: ” To the politicians in Somalia, we are both Somali. We are neighbors. We are not foes. WE are just divided in politics and decided to form two different countries.

However, when you are literally agreed that SL parliament will be elected in Mogadishu. Fully conscious of the way that decision and repercussions, then it is clear you are against us.”

Union with Somalia in 1991 and dissociated itself from what is taking place in Somalia and seeking world recognition by holding free and fair elections in a bid to get wider world attention but all the concerted efforts have made a major break through.

Somalia spoke clearly by saying that the country will remain unified unless its people negotiate.