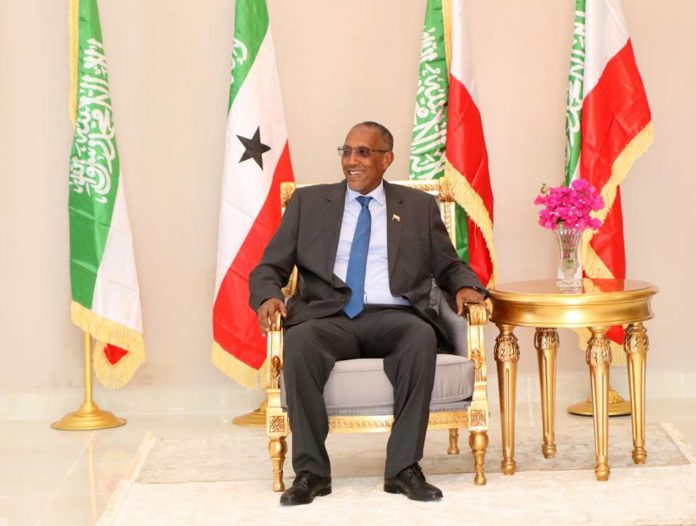 HARGEISA– President Musa Bihi on Thursday arrived in Somaliland after having completed six day official working visit to the UAE. The Head of State having arrived at Egal airport was greeted by ministers and authorities from Hargeisa. The novice presidential spokesman, Mr. Mohamud has stated that the president held discussions with UAE officials and wide range of issues were discussed ranging from security in the volatile region of Horn of Africa, ways to bolster bilateral ties, investment, mineral exploitation, livestock, tourism and the development of fish resources in Somaliland shores. The president also discussed trade, community integration and the acceleration of development projects that the UAE is carrying out in Somaliland. The president met with senior UAE officials where both sides reached a common understanding of all issues discussed.