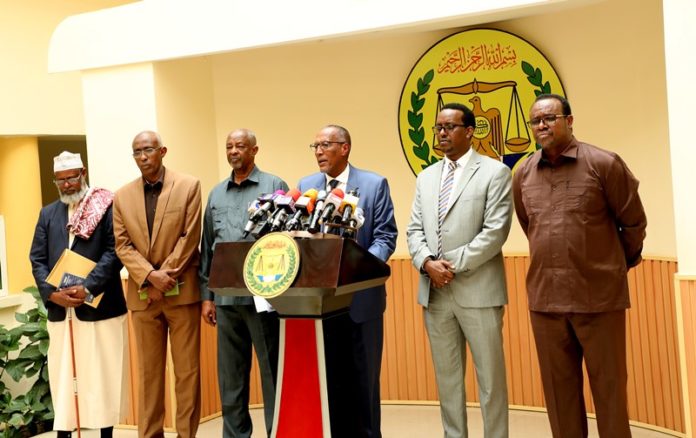 The President of SL H.E Musa Bihi on Sunday announced that SL was free from the coronavirus pandemic which is widespread in the globe.

In an address to the state, the Head of State had declared that while SL had put in place strict screening measures, the government was due to record infection cases.

He revealed that health medical practitioners stationed at the state’s entry points conducted more than 1000 tests which turned out negative.

President Bihi said despite all of that, the ministry of health had not yet registered any case of coronavirus infection in Somaliland.

He further disclosed that the newly appointed National Health Committee (NHC) will keep posted on the public latest developments and updates over the CONVID-19.

He announced a state of vigilance in the country in the wake of the CoronaVirius.

He said that the virus had come closer to Somaliland as the neighboring country of Ethiopia had discovered the first case of corona virus infection.

He urged the imams and religious leaders to extend a helping in order to raise public awareness over the pandemic.

He called on the populace to remain alert and refrain from coming to the public congregations.