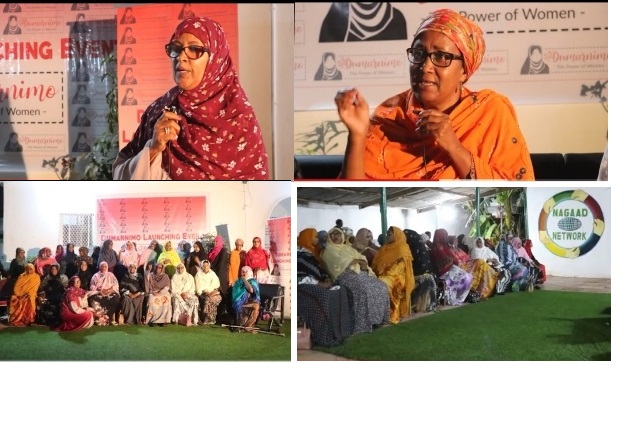 Hargeisa-Nagaad’s Women umbrella on Thursday launched the Somaliland Women’s Campaign platform which aims to elevate the incredible potential and passion of women activists by providing them access to platforms for them to share their voices and experiences and is synonymous with the largest Women’s Campaign in the world, such as #I Matter, #Women Deliver, #Not Our Story Campaign and other women’s platforms.

The aims of the Women’s Campaign include:

The Mobilization program was launched at the Nagaad Women headquarters in Hargeisa is meant to ensure that real and lasting change comes out of the Women Deliver campaign.

Ms. Farah Elmi, Nagaad Executive Committee Secretary speaking at the venue said , “We the Women of Somaliland do not belong to any clan and neither tribe, We are partners, allies and supporters from across sectors with opportunities to expand their networks and take part in the cross-issue dialogue, understanding, and collaboration so that advocacy agendas can be better aligned and, and action agendas can be more coherent.

Ms. Nafisa Yusuf Mohamed, Nagaad Executive Director said that the Women Campaign program is a vehicle for action and provides a platform to highlight and recognize the achievements and contributions of extraordinary women who have made a significant difference.

Ms. Waris Hussein, a candidate vying for the House of Representatives seat in the upcoming parliamentary and local elections said, “We as Women welcome the new initiative which will advocate for gender equality and the health, rights, and wellbeing of girls and women.

Finally, Ms. Khadra Omar Hassan, the vice-chairperson, said, “Let put our words into actions and which in turn shall bear fruits and ensure that real and lasting change comes out of the Women campaign which we hope shall empower all women.