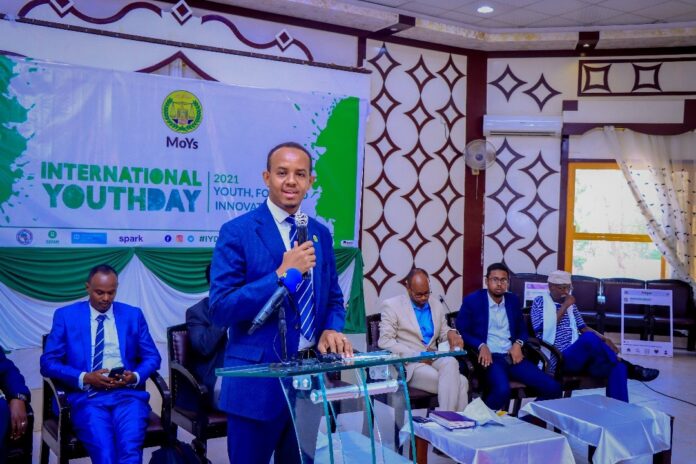 The Ministry of Sports and Youth in conjunction with International and Local NGOs has held an event where a number of youth attended to mark the International Youth Day. Government officials, representatives from the political parties, academicians, youth activists and other members of the public were attendance at the event. The event organisers stated that this commemoration is aimed at youth to enhance their engagement in the agriculture development sector. During the ceremony, motivational speeches for the youth were given by the guest speakers, accentuating the value of getting sufficient agricultural products in this country. The minister of Sports and Youth of Somaliland Boss Mire has warned the youth against consuming any form of drugs which could affect their future and may end up frustrated. He also motivated them to never lose hope and not to be discouraged whenever they face routine life challenges. He advised them to be more patient to achieve their future dreams. “ As we all know, more illegal drugs have been smuggled into this country in the past months. The most targeted people are our Youth. They want to destroy your lives and future. But, we have to address this challenge collectively or individually. We should appreciate the young people who abandoned drugs and we pray to Allah for those who have become drug addicts to open a new life chapter for them.” Said the minister Abdirashid Ibrahim Abdirahman, the Director general of the ministry of Social Affairs and Employment stated the importance of youth being part of the agriculture development sector so as to reduce dependence on food imports from foreign countries. He also highlighted the government’s plans to lower the level of unemployment in Somaliland. “ Why other nations are more productive than us in terms of agriculture is that their youth nationals are effectively involved in the agriculture sector. That is exactly what we need and important for us. If we have such a mindset then we can achieve more and be more sufficient in the food sector.” he said. Meanwhile, Khadar Eidle, a senior officer of OXFAM which is was one of the event organisers, has underscored the significance of this day to the Somaliland youth and across the African nations. He also challenged the youth to be good innovators while taking advantage of the new technology in agriculture. Abdillahi Hassan, representing Havoyoco which deals with Youth projects reminded the youth and the nation to be part of the solution to the recurrent droughts and Climate change in Somaliland which severely affected the country’s food productivity. The representative of Spark ,Mohamed Raygal , believes that the youth can contribute much in the development sector of this nation. He also elaborated what this day means to the young people of Somaliland. Ayan Ahmed Mohamed representing Hiil Haween has urged the government to provide training to the youth regarding the agriculture sector. She also emphasized the correlation between the Sports and the diet or consumption of organic food. Somaliland has one of the youngest populations in the world, with over 70 percent of the country’s 4 million but still have challenges including rampant unemployment while female youth demand to be part of the decision making process in this nation. 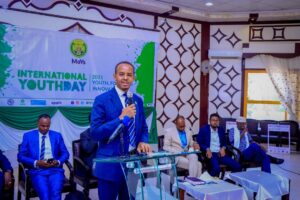 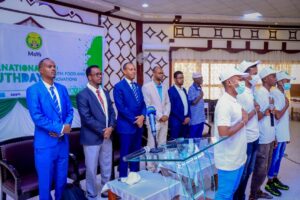 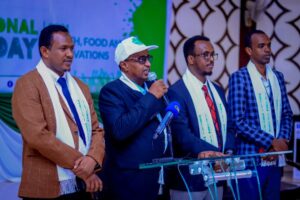 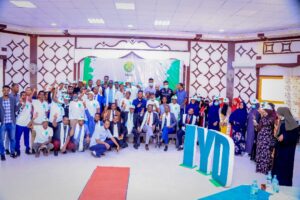