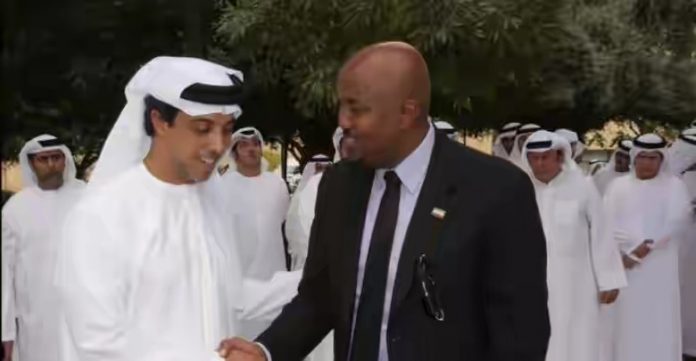 The United Arab Emirates has listed internationally unrecognized Somaliland as the leading African country where it has the highest foreign direct investment.

According to the UAE Ministry of Foreign Affairs, Somaliland is a beneficiary of over US dollars 800 million from the middle east nation in direct investment.

The report indicates that the country’s FDI outflows for the financial year 2017/2018 amounted to US Dollars 11.52 billion dollars, USD 2.58 billion going to the Kingdom of Saudi Arabia.

Canada and India were second and third in the destination list of UAE’s FDI’s with outflows of US Dollars 1.68 billion and US Dollars 1.28 billion.

Somaliland led as the investment destination for UAE in Africa with an inflow of US Dollars 0.86 followed by Egypt with US Dollars 0.39.

Among the sectors UAE has invested in include the construction industry, Ports, transportation, warehousing and storage, mining, metals and chemicals, renewable and environmental technology and financial services.

Thirty nine percent of its investment is in construction, 19 percent in ports and transportation while mining metals and chemicals take 15 percent of the country’s foreign direct investment.

The investment to Somaliland from the UAE is bound to grow in the next five years with growing interest from the country in key sectors of the economy among them construction and mining.

The UAE has targeted Somaliland as its leading destinations. Already UAE company Dubai Port has pumped in US Dollars 442 million to expand the port of Berbera which the UAE see as very strategic to them.

The Berbera port expansion is designed to equip the Somaliland port for major vessels and transform it into one of Africa’s pre-eminent facilities in the breakaway region.

UAE military base in Somaliland is also set to begin operating by June. The base will include a coastal-surveillance system.

The U.A.E. is growing its military presence in the Horn of Africa to help protect trade flows through the Bab el-Mandeb strait, a key shipping lane used by oil tankers and other cargo vessels en route to the Suez Canal. Emirati footholds in Somaliland and Eritrea provide strategic locations as the U.A.E. supports the Saudi Arabia-led war against Houthi rebels in Yemen.

One of Somaliland’s leading diplomats Omar Bashe Awil, now the country’s envoy in Nairobi played a crucial role in building trade relations between UAE and Somaliland while serving in Dubai. He says the UAE has seen the importance of Somaliland in building its trade links in the horn of Africa.

“The U.A.E. military base will help the whole region — piracy, illegal fishing, toxic dumping: we don’t have resources to watch our coast,” Bashe said in a previous interview.

“It is not a surprise that Somaliland, a country that is not yet recognized internationally, is Africa’s leading investment destination for UAE. It tells a lot about the important role we play as a country,” Bashe said.

“The U.A.E. has become the hub of the whole region in terms of trade. For the U.A.E. to secure that strategic position, it cannot do that if it does not secure the lifeline of trade,” Bashe says.