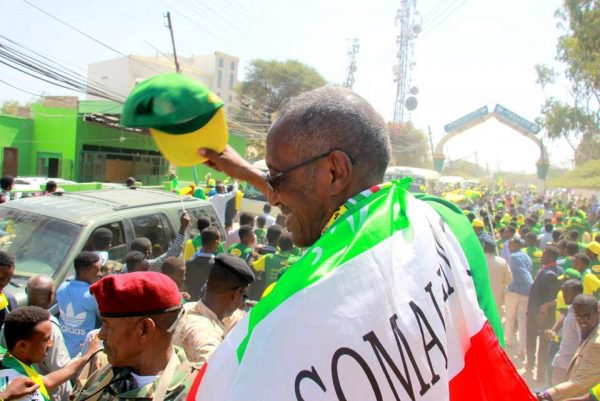 US policy toward Somalia is anchored in the idea that a unitary Somalia best stabilizes the country and enables it to secure its territory. This has been the assumption for generations of policymakers, but its logic is tenuous.

At issue is the demand that Somaliland, the northern third of the country which has been largely peaceful since 1991, should once again subordinate itself to the government of and control by Mogadishu. While it is true that tribe rather than ethnicity separates Somaliland from the remainder of Somalia, the notion that ethnicity must define state is nonsense.

Second, even if Mogadishu were to re-establish control over Somaliland, it would not achieve Somali unity. Just as Kurds span four countries, so too do Somalis: Beyond Somalia itself, Djibouti is largely Somali; the only reason it is independent is because of its separate colonial history. Ethiopia’s Ogaden province is also ethnically Somali, as is the North Eastern Province of Kenya. To insist on reunification between Somaliland and Somalia risks encouraging destabilizing revanchism. The 1977-1978 Ogaden War, which began when Somalia invaded Ethiopia to seize its ethnically Somali regions, claimed thousands of lives, displaced one-half million more, and briefly became a Cold War flashpoint. More recently, tensions between Mogadishu and Nairobi flared when the Transitional Federal Government sought to auction off oil blocs in Kenyan territorial water. Should oil be found in waters off Somali-populated regions of Kenya, Mogadishu’s revanchism might worsen.

Perhaps policymakers have gotten it backwards: Rather than a strong, centralized government in Mogadishu — federal or otherwise — being the key to regional stability, maybe the better policy would be to reward those areas which have achieved security and stability. Djibouti has, for more than four decades, been largely a family operation (the current president is the nephew of the country’s founding president). While Djibouti is neither free nor democratic, there are reasons both strategic and historical to accept its independence and partner with it.

Somaliland has been effectively independent since 1991, when it emerged out of the ashes of former dictator Mohamed Siad Barre’s efforts to eradicate the Isaaq clan. It has held several successive presidential elections, and should hold long-delayed parliamentary elections later this year. According to Freedom House, it is the freest portion of Somalia and, alongside Djibouti, it is the most secure. While the Somali National Army is hopelessly corrupt and ineffective, Somaliland’s small force has managed to secure the region, even while struggling under a UN arms embargo. Puntland, an autonomous state which sought to follow Somaliland’s lead, is also relative autonomous and secure, even as it has agreed to integrate with the Somali federal government instead of go its own way. The remainder of Somalia, including Mogadishu, is an insecure mess, albeit one awash in cash thanks to the Obama and Trump administrations’ decision to flood it with aid. Rather than rebuild the state, that money at best only rents loyalty and more often than not to exacerbate divisions.

In “Dancing with the Devil,” I noted that the State Department never conducts after-action reviews of its diplomacy in the context of outreach to rogue regimes. When it comes to the Horn of Africa, the problem set might be different, but the failure to assess policy remains the same.

Somalia has been in a state of failure for decades, with a government propped up only by foreign peacekeepers operating under the guise of the African Union. Rather than acknowledge failures, the Trump administration seems intent on throwing good money after bad, doubling down on what Transparency International now ranks as the world’s most corrupt country, all for the illusion of unity. A wiser policy might hold Mogadishu on account for its failures, and allow other Somalis the right of self-determination. If at some future point, multiple Somali states might want to reintegrate into a union, that is their choice, but it is not one upon which Washington should insist.